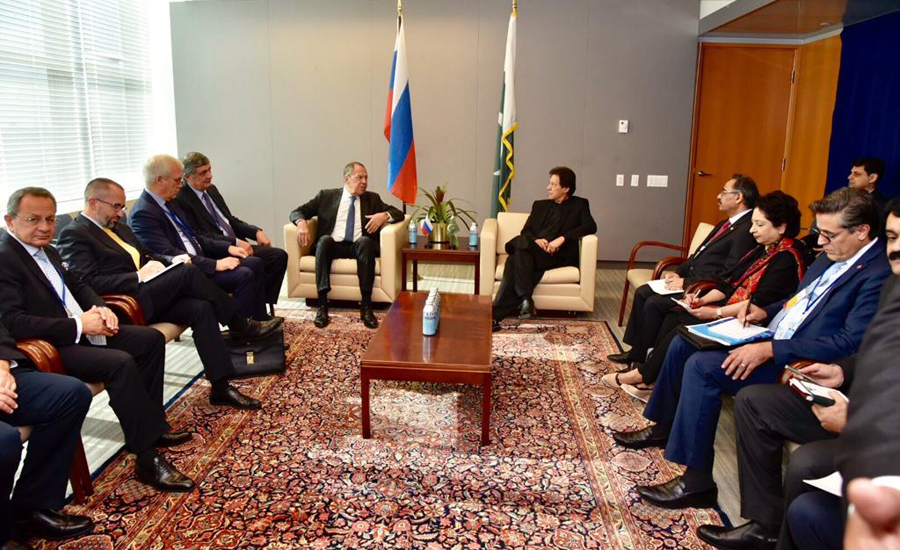 NEW YORK (92 News) – Prime Minister Imran Khan met Russian Foreign Minister Sergei Lavrov on the sidelines of 74th Session of the UN General Assembly in New York on Thursday. They expressed their satisfaction about Pak-Russia bilateral relations. They discussed various aspects to promote bilateral cooperation. Both dignitaries discussed the Afghan peace process and overall security in the region. Prime Minister Imran Khan said that peace and stability in the region face serious threats from the grave situation of Indian Occupied Jammu and Kashmir. “The international community will have to come forward to end illegal restrictions in Occupied Kashmir,” he said. Imran Khan said that India is leveling false allegations against Pakistan of assisting terrorists to divert the world attention from India. Russian Foreign Minister Sergei Lavrov said that Pakistan and Russia are already consulting each other on the situation of Occupied Jammu and Kashmir. “Russia had not opposed a meeting of the United Nations Security Council with regard to the Occupied Kashmir last month,” he said. He also briefed the Russian foreign minister on the current situation in the Indian Occupied Jammu and Kashmir.