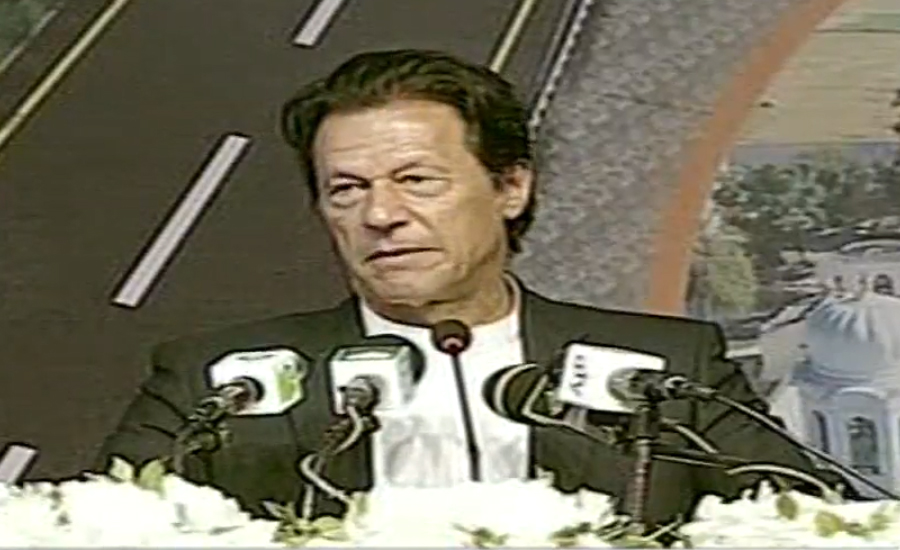 NAROWAL (92 News) – Prime Minister Imran Khan said that Pakistan and India cannot advance until breaking the shackles of the past. Addressing the ceremony after laying the foundation stone of the Kartarpur corridor on Wednesday, he said that they have to live like good neighbours. “We want strong relations with India,” he declared. The prime minister said that all institutions and political parties are on the same page. “If India takes one steps Pakistan will take two,” he said. 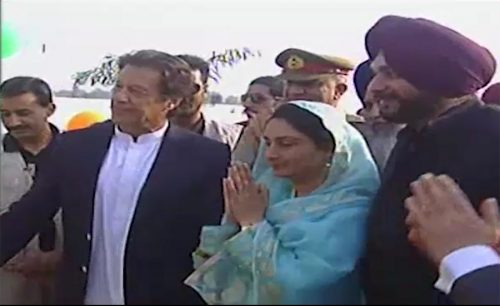 He said that the Kashmir dispute can be resolved if both sides intend so. “Mistakes were committed by both sides in bilateral relations. There is no problem in the world which cannot be resolved.” Imran Khan said that he was much impressed by the conversation of Navjot Singh Sidhu. He announced to provide all facilities to the Sikh yatrees on the 550th birth anniversary of Baba Guru Nanak Dev Jee commencing next year. 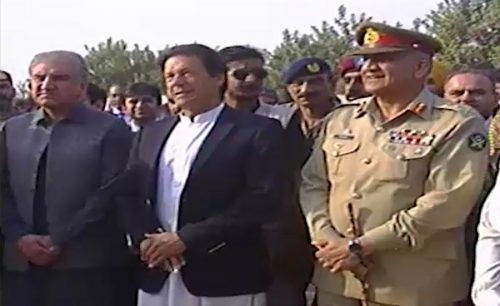 Speaking on the occasion, Indian cricketer Navjot Singh Sidhu said that bloodshed should be ended and peace should be restored in the region. He said that Prime Minister Imran Khan and Chief of Army Staff General Qamar Javed Bajwa have fulfilled their promise. “Imran Khan will be at the first page when the history of the Kartarpur corridor will be written,” he declared. Indian Minister for Food Harsimrat Kaur Badal, while weeping, said that today she had received a call from Baba Guru Nanak Dev Jee. “The Kartarpur corridor was our main demand and it will remove bitterness on both sides,” she maintained. The minister thanked governments of both countries on this historic occasion. Foreign Minister Shah Mahmood Qureshi said that he was glad to participate in the foundation stone laying ceremony of the Kartarpur corridor. “It is not appropriate to Baba Guru Nanak Dev Jee to a specific place or region,” he said. Chief of Army Staff General Qamar Javed Bajwa, Punjab Chief Minister Usman Buzdar and Governor Punjab Muhammad Sarwar were also present. The federal ministers, civil and military officers and Indian cricketer Navjot Singh, Indian journalists and a large number of Sikhs are also participating in the ceremony. The corridor will connect Gurdwara Darbar Sahib in Kartarpur area of Narowal district with Dera Baba Nanak in India's Gurdaspur District. Pakistan will build the corridor from the Indian border to the Gurdwara Darbar Sahib in Kartarpur while the other part from Dera Baba Nanak in Indian Punjab's Gurdaspur district upto the border will be constructed by India. It will facilitate the Sikh pilgrims visiting their most sacred sites in Pakistan. The initiative has widely been lauded both in Pakistan and India as a step towards building bridges between the two countries.