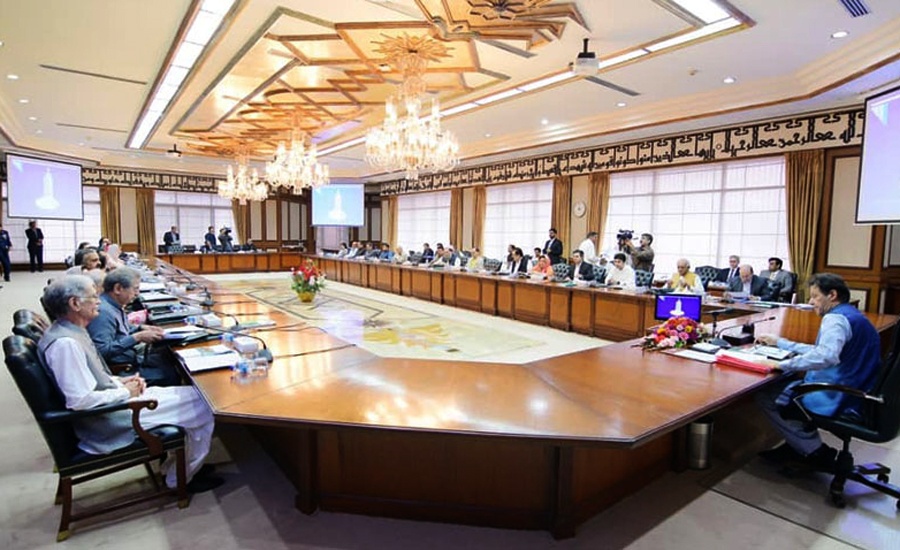 ISLAMABAD (92 News) – Prime Minister Imran Khan took the federal cabinet into confidence on his visit to the United States. The meeting was briefed about the prime minister’s US visit. It also discussed the US President Donald Trump’s mediation on the Kashmir issue. Prime Minister Imran Khan told the meeting that Trump had offered to mediate the Kashmir dispute between Pakistan and India. “Pakistan wants early resolution of the Kashmir issue,” he said. The meeting was also briefed about the expenditures incurred on treatment and foreign tours during the Nawaz and Zardari tenures. Moreover, the federal cabinet also endorsed the decisions made by the Economic Coordination Committee. The forum also approved abolition of mentioning of the profession in the passport. It also decided to get back the money spent on foreign tours during the last 10 years. It also approved extension in the 8th Wage Board. According to details received by 92 News, foreign prime minister Raja Pervaiz Ashraf made nine foreign tours during his tenure from 2012 to 2013 and an amount of Rs106.9 million was incurred on them. Former prime minister Syed Yousaf Raza Gilani made 48 foreign tours from 2008 to 2012 and a total sum of Rs571.6 million was spent on them. Moreover, an amount of Rs278.2 million was spent on former president Mannoon Hussain’s 31 tours from 2013 to 2018.

On July 9, the federal cabinet is discussing  12-point agenda including the alleged videotape of Judge Arshad Malik released by Pakistan Muslim League-N (PML-N) leader Maryam Nawaz. Prime Minister Imran Khan is chairing session of the cabinet members in Islamabad on Tuesday to discuss 12-point agenda. According to the sources, the cabinet members are expected to discuss videotape of Judge Arshad Malik and Senate Chairman Sadiq Sanjrani during the meeting. The prime minister has summoned a meeting of the federal cabinet ahead of his visit to the United States. It also said that details regarding foreign tours and medical treatments of president and PM from past 10 years will be presented during the meeting. The issue of no confidence motion against Senate chairman will also be discussed in the session while the participants will also deliberate on the country’s political situation and opposition’s anti-government movement. Moreover, a talk will be held on the matter of re-structuring the Federal Investigation Agency (FIA).