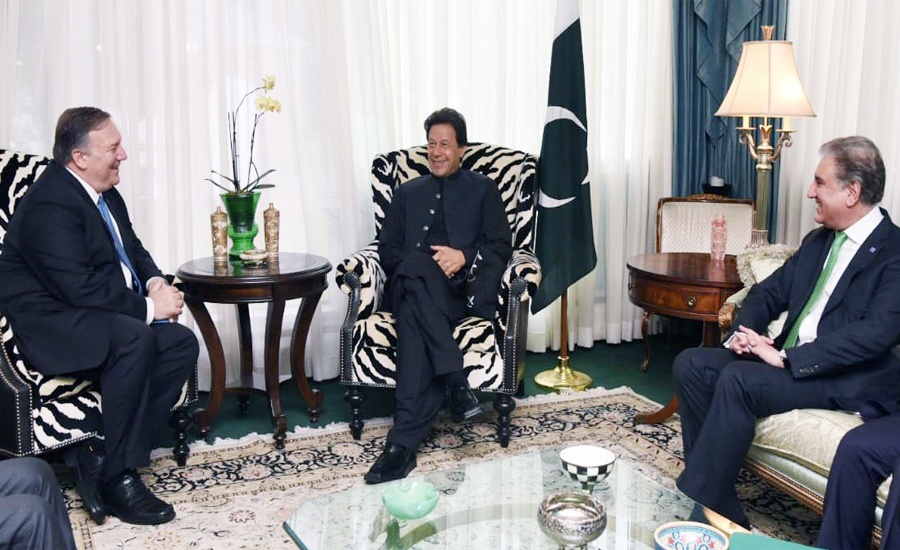 WASHINGTON (92 News) – Prime Minister Imran Khan held a meeting with US Secretary of State Mike Pompeo at Pakistan House, Washington on Tuesday. Foreign Minister Shah Mahmood Qureshi and Pakistan Ambassador Asad Majeed were also present in the meeting. Assistant Secretary of State for South and Central Asian Affairs Alice Wells was also accompanying Mike Pompeo. According to the declaration, Prime Minister Imran Khan expressed his satisfaction over the meeting with US President Donald Trump. “We got an opportunity to promote political solution to the Afghan issue for regional peace and stability,” he said. The prime minister also apprised Mike Pompeo about the successes gained by his government. Elimination of terrorism and peace in the region were especially mentioned during the meeting. Both leaders stressed the need for cooperation between Pakistan and America. “Strong Pak-US relations are in the mutual interest of both countries.