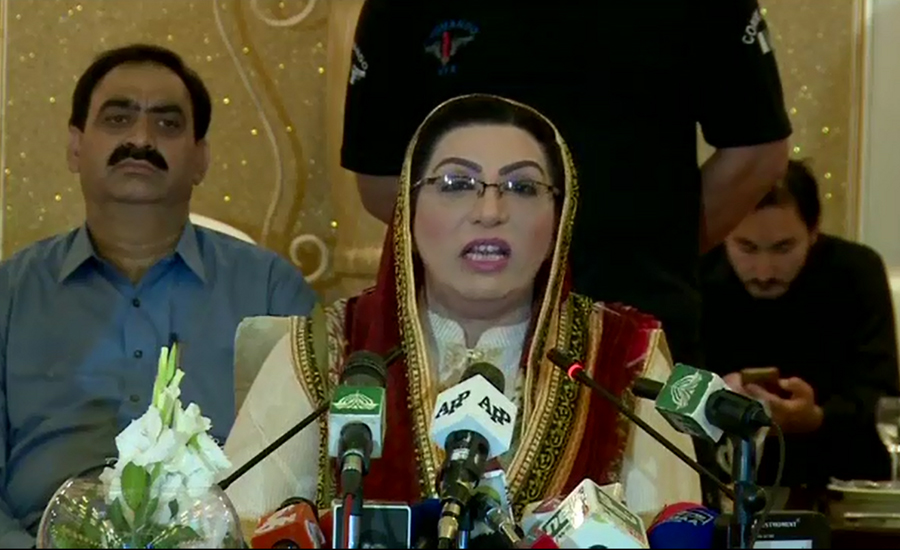 ISLAMABAD (92 News) – Special Assistant to Prime Minister on Information Firdous Ashiq Awan has said that Prime Minister Imran Khan wants to promote international trade. Addressing a press conference on Monday, she said that announcement regarding huge investment from the Emir of Qatar reflects confidence in the prime minister. “Pakistan’s new partnership with Qatar is a new chapter of bilateral relations,” she maintained. Firdous Ashiq Awan said that Prime Minister Imran Khan is fighting a war against corruption. “We fought a war against terror to make the world peaceful. The Pak Army and other institutions gave great sacrifices,” she said. The special assistant said that in addition to lives, Pakistan also gave an exemplary sacrifice in the economic field. “PM Imran Khan is apprising the world about those sacrifices,” she maintained. She said that PM Imran Khan had highlighted the positive image of Pakistan at the international level. “The visit of the Emir of Qatar reflects successful policies of the prime minister,” she argued. Firdous Ashiq Awan said that Qatar had an important role in different fields of investment. “Pakistan was facing isolation at the international level. PM Imran Khan got the country rid of international isolation,” she said. She expressed the hope that the country would be able to deal with the economic challenges. “Pakistan will soon regain its lost glory in the world. Foreign investment will help the country bring out of economic deficit,” she said. The special assistant claimed that the government had made the visa process easy for tourist and religious purposes. “The UN has declared Pakistan the safest country for journey. The media and other institutions have played an important role in highlighting positive identity of the country,” she added. She announced that Qatar had also agreed to enhance manpower from Pakistan. “Qatar has lifted the ban on import of rice from Pakistan.” She said that the opposition had been entangled in two different narratives and further division is visible in its rank.