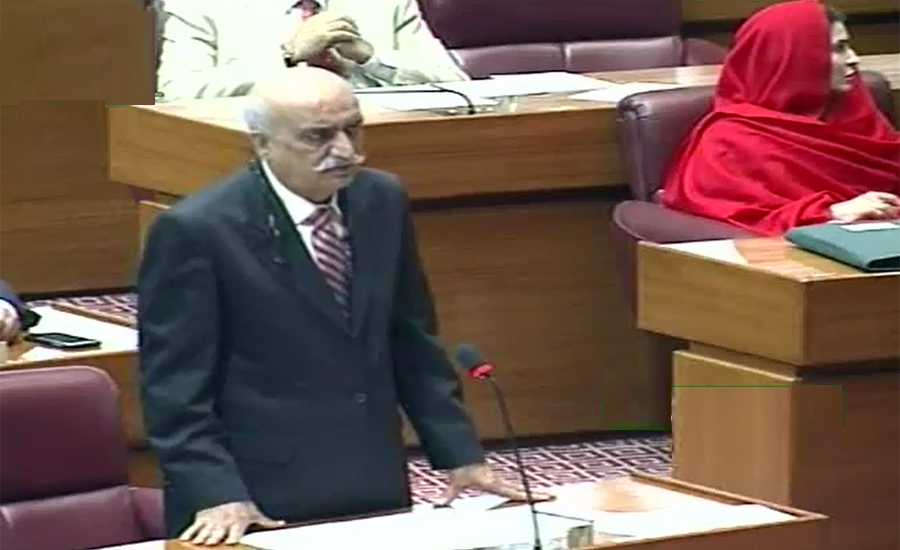 ISLAMABAD (92 News) – PPP leader Syed Khurshid Shah said that he said that the address of Prime Minister Imran Khan was aggressive and he condemned it. Speaking in the National Assembly on Thursday, he said that the prime minister should have come to the House before leaving for the China tour. He advised the government to take the opposition along with it. “We gained power through the parliament and one should escape from it,” he maintained. Reacting to Khurshid Shah’s speech, Federal Education Minister Shafqat Mahmood said that Khurshid Shah had played politics over the tense situation. “Khurshid Shah did not utter a word against those challenging the writ of the state. The prime minister had first time taken clear-cut stand,” he said. The minister said that it is time that the opposition should stand with the government. “Khurshid Shah utters a word of four sentences in 400 sentences,” he added. Khawaja Saad Rafique said that no one was getting benefit from the current situation. “A few elements are on roads in the name of religion,” he said. He said that the prime minister’s attitude in yesterday’s speech was aggressive.