ISLAMABAD (92 News) - Prime Minister Imran Khan is visiting earthquake-affected areas of Azad and Jammu Kashmir especially Mirpur today to examine the impact of devastation, sources informed 92 News. The premier, who returned Islamabad on Sunday from a week-long US visit and UNGA address involving Occupied Kashmir, will also meet Mirpur-based victims of earthquake that devastated thousands of properties and killed around 40 people and injured hundreds of others on September 24. The 5.8 magnitude earthquake had levelled houses, shops and other buildings, and injured around 852 people near Mirpur. The tremor also left 1,654 houses completely destroyed, 7,000 other buildings affected, and 200 vehicles damaged. PM Imran will be given detailed briefing over rescue and relief operations and will make announcements for affectees. Chairman National Disaster Management Authority (NDMA) Lt Gen Muhammad Azfal will brief the premier. According to the NDMA chairman, as many 5,000 houses were badly damaged as a result of earthquake and the most affected place was a village near Sahang. 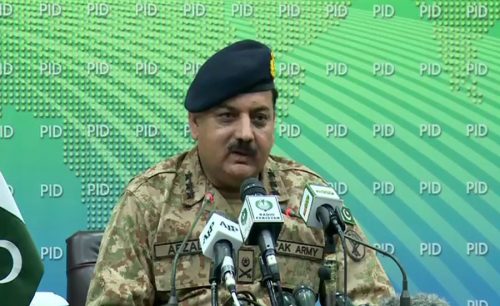 He says all available resources are being exhausted for the rehabilitation of affected victims. Afzal further says the injured are being treated at hospitals with extreme care.