In a joint press conference with his Sri Lankan counterpart, PM Imran Khan spoke about his first visit to the country, saying it was when "I was starting my cricket career".

The prime minister underscored that Pakistan and Sri Lanka were facing issues such as terrorism. "Pakistan has been the victim of the worst terrorism for ten years, sacrificing 70,000 lives over the past decade," he stated.

PM Imran Khan invited Sri Lanka to promote its economic and regional ties through Pakistan. "Through the CPEC [China–Pakistan Economic Corridor], economic ties can be extended to Central Asia and Sri Lanka," he said.

Pakistan is an "important component" of the CPEC, which he said would "open new avenues for the development of regional ties". 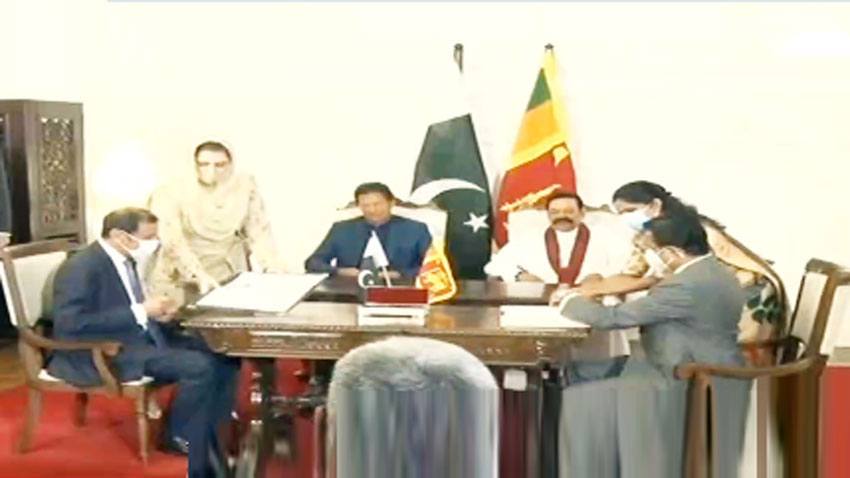 Pakistan and Sri Lanka have signed several Memorandums of Understanding in various sectors including commerce, investment, education, science and technology and industrial cooperation.

The signing ceremony of MoUs was held in Colombo on Tuesday, in the presence of Prime Ministers of both countries.

The agreements were signed by departmental representatives from both countries.