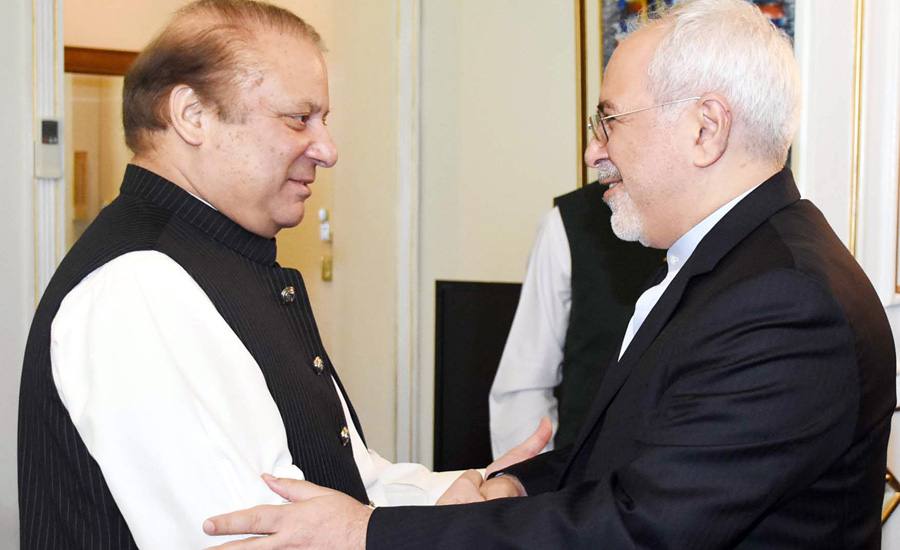 The prime minister expressed satisfaction with the increasing high level exchanges between the two countries to strengthen bilateral cooperation in diverse fields. He hoped that the two sides will continue to expand economic interaction for promoting mutually beneficial cooperation in the areas of trade, investment, energy and connectivity.

In this regard, he underlined the need of concerted efforts from both sides to achieve the target of $ 5 billion in the bilateral trade as soon as possible. The issues of peace and stability in the region also came under discussion during the meeting.

On the tragic incident that took place in the Iranian province of Sistan O Balochistan involving martyrdom of 11 Iranian border security guards on 26 April 2017, the prime minister conveyed Pakistan’s serious condolences to the government and people of Iran.

The Iranian foreign minister thanked the prime minister and the government of Pakistan for continued efforts for strengthening bilateral relations and enhancing interaction in all areas, including trade and economic cooperation as well as border and security issues.

He also conveyed the desire of the Iranian leadership and the government for continued efforts for growth in bilateral ties.