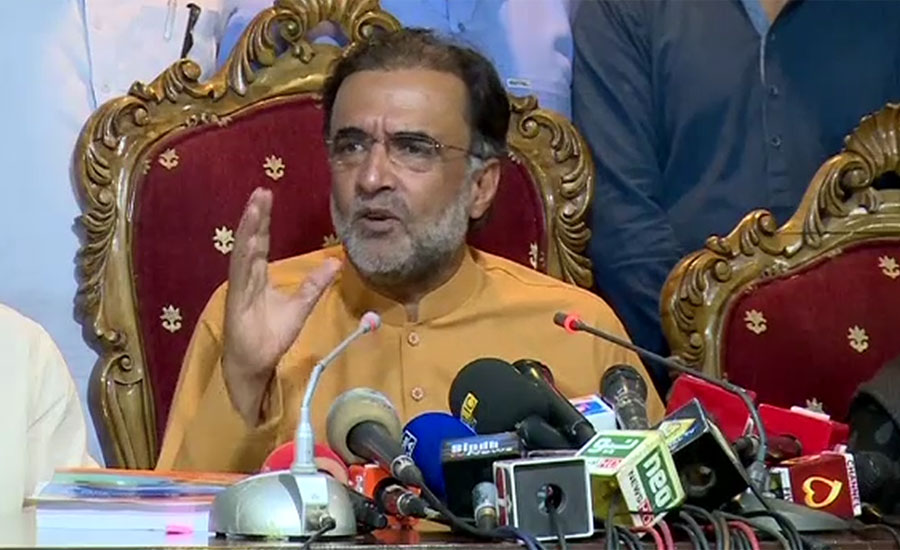 ISLAMABAD (92 News) – Pakistan People’s Party (PPP) senior leader Qamar Zaman Kaira said on Wednesday that Prime Minister Imran Khan misreported the public about the country’s loans. Speaking to the journalists, the PPP leader said that all the records related to the loans are existed in the Ministry of Finance, adding that the prime minister misreported the data about loans. He also claimed that the PPP and Pakistan Muslim League-N governments returned the loans of billion rupees annually. Qamar Zaman Kaira further mentioned that the government has aim to make the public worry in such an extent, so that, they forget about their important issues. The PPP leader said if PM wants to make a commission he must fulfill his desire. “Everyone is worried about the policies of government. Every eatable has been taxed by this government,” he added. He also said that the premier wanted to distract people from budget 2019-20 and the actual purpose, during the address of Imran Khan, was targeting the opposition. Kaira further said that the tone of Imran Khan, in his address to nation, did not suit him. He questioned whether PM should use such tone during address. Kaira said every time a PM addresses nation some kind of special message is given but they did not understand what was special in this address and why it delayed. https://www.youtube.com/watch?v=IV1JLy8atvA A day earlier, the prime minister has announced to form a high-powered commission to probe how the foreign debt increased to Rs 24,000 billion. Addressing to the nation on Tuesday night, he said that the commission will comprise of the representatives of the FBR, SECP and ISI. “I will not spare thieves and dacoits no matter I lose my life.” The prime minister said that they would investigate as how the country was destroyed during 10 years. “Those hurling a threat of toppling the government should blackmail someone else,” he said. Imran Khan reiterated that the head of state is answerable and not above the law. “Our government has presented its first-ever budget. This is the budget which will reflect ideology of New Pakistan. New Pakistan will be built on principles of the state of Madina. Remember! Pakistan is going to be a great country. The Madina state was a model state. It is sorrowful that the principles exist only in Western world.”