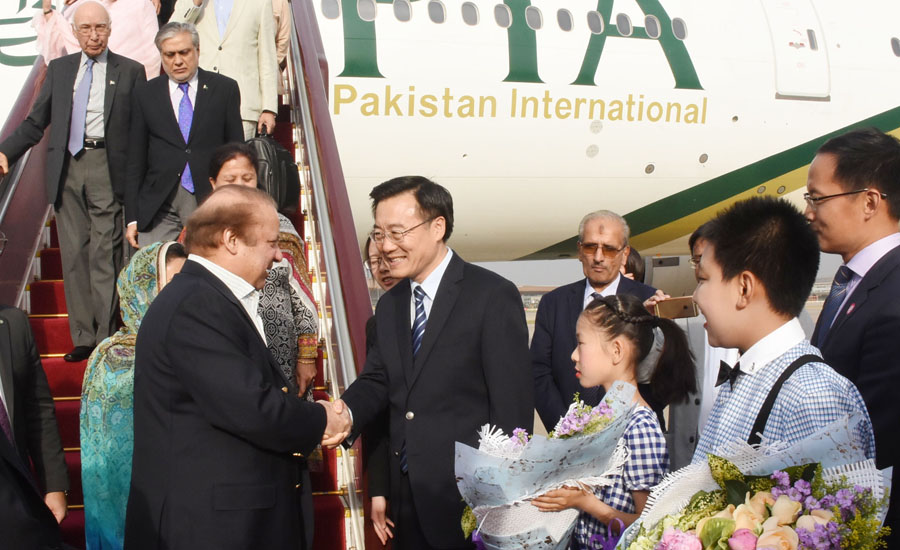 ISLAMABAD (92 News) – Prime Minister Nawaz Sharif has on Friday reached China to attend the two-day Belt and Road Forum for International Cooperation in Beijing on Sunday.

Nawaz Sharif will attend the inaugural session of the summit and the plenary meeting of high-level dialogue and the state banquet. He will also attend the leaders' roundtable sessions on second day of the forum.

Several agreements are expected to be signed in connection with China Pakistan Economic Corridor during the visit.

Nawaz Sharif is also expected to meet world leaders on the sidelines of Belt and Road Forum. He will participate in an investment conference and meet with business and corporate leaders. The Prime Minister will also visit Hangzhou and Hong Kong.