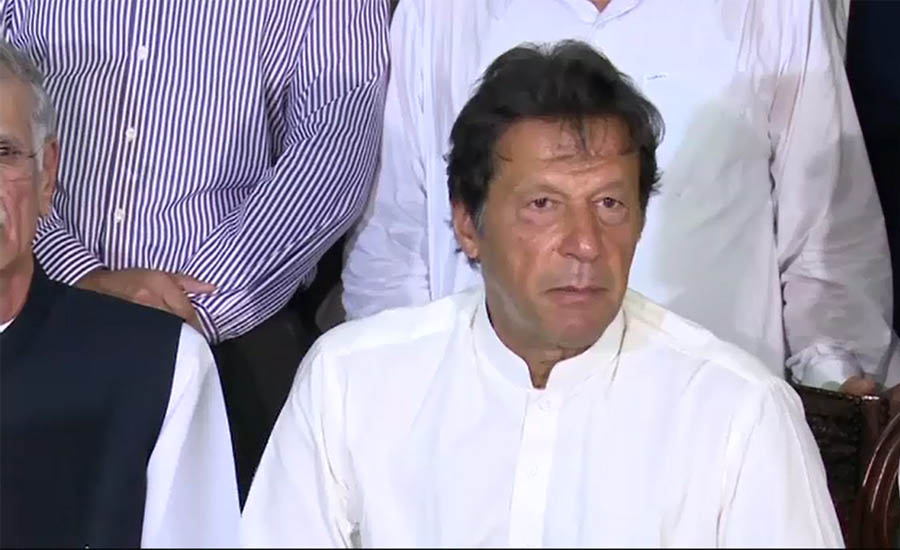 ISLAMABAD (92 News) – PTI chairman Imran Khan has said that it is very difficult for Prime Minister Nawaz Sharif to go in public nowadays.

Talking to the media at Bani Gala on Thursday, he said that the prime minister had made the recorded speech in fear of the slogans of ‘Go Nawaz, Go’.

He said that Nawaz Sharif had threatened him and the court. “The sentence for making fake documents is seven years. They are hurling threats after being caught instead of feeling ashamed,” he said.

The PTI chairman said that they were now not seeking his resignation. “They will now go to jail,” he said.