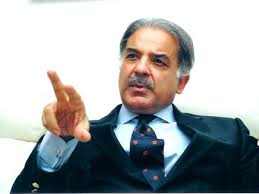 LAHORE (92 News) - Punjab Chief Minister Shahbaz Sharif said Prime Minister Nawaz Sharif is making an all-out effort to eliminate terrorism, 92 News reported. Addressing a press conference, the Pubjab CM said there is complete unity amongst Federal Capital and provinces for curbing terrorism. He said media’s role is very vital in fight against terrorism. He also made it clear that action is being taken against people spreading religious violence. Shahbaz Sharif that seminaries and Afghan immigrants are under vigilantly monitoring and Afghans staying illegally will be sent back. He said anti-terrorism force will be equipped with modern weapons and helicopters.