PM May suffers setbacks as Brexit debate starts in parliament 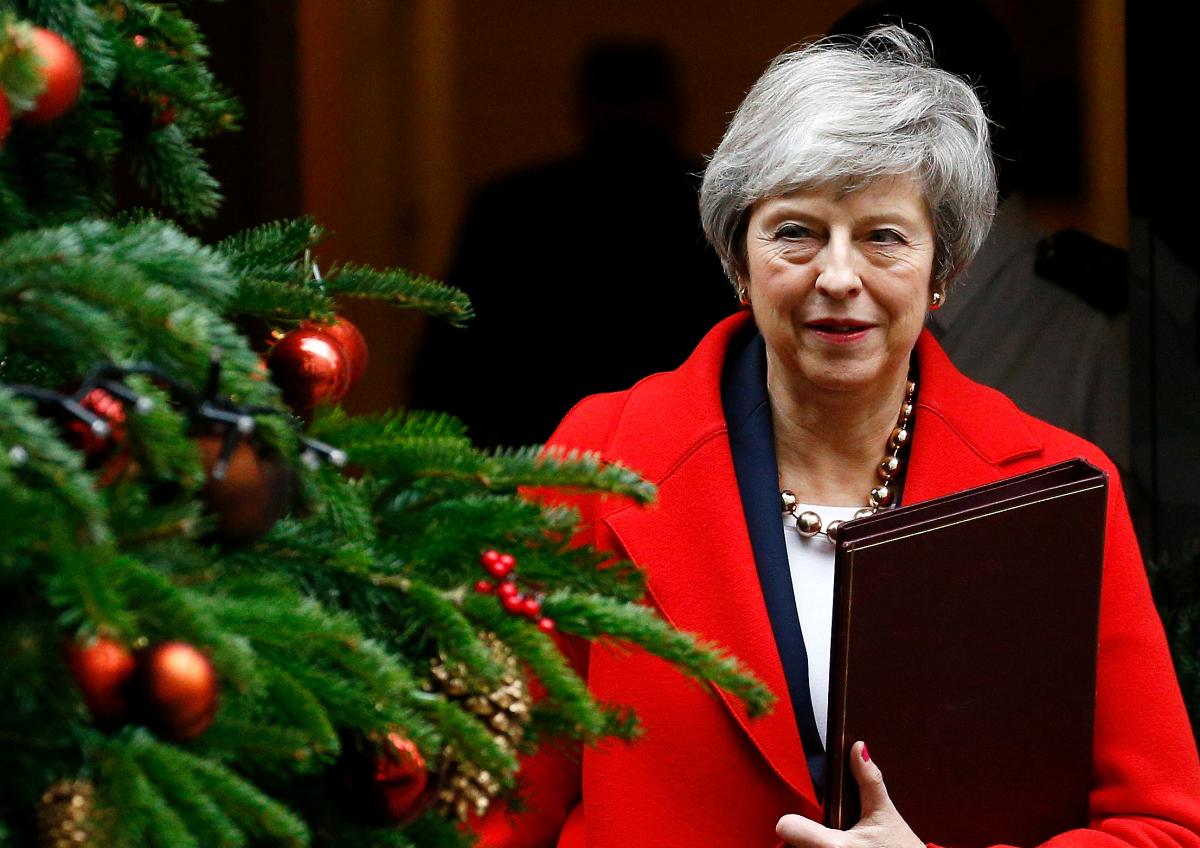 PM May suffers setbacks as Brexit debate starts in parliament

LONDON (Reuters) - Prime Minister Theresa May suffered embarrassing defeats on Tuesday at the start of five days of debate over her plans to leave the European Union that could determine the future of Brexit and the fate of her government. May wants to secure parliament’s approval for her deal to keep close ties with the EU after leaving in March, but opposition is fierce, with Brexit supporters and opponents alike wanting to thwart or derail her plan. On the first day of debate, before the main vote on Dec. 11, her government was found in contempt of parliament and then a group of her own Conservative Party MPs won a challenge to hand more power to the House of Commons if her deal is voted down. That could reduce the likelihood of Britain leaving the EU without any deal, prompting sterling to recover some of its losses after the vote on contempt drove it down to levels not seen since June last year. The debates and final vote on Dec. 11 will determine how, and possibly even if, Britain leaves the EU as planned on March 29, in the country’s biggest shift in foreign and trade policy in more than 40 years. May’s plans are vulnerable to more change at the end of the debate, and advice from a senior EU legal aide that Britain had the right to withdraw its Brexit notice opened yet another front in her battle to win the approval of parliament. May told parliament: “We need to deliver a Brexit that respects the decision of the British people. “This argument has gone on long enough. It is corrosive to our politics and life depends on compromise.” If MPs do not back her deal, May says, they could open the door either to Britain falling out of the EU without measures to soften the transition or to the possibility that Brexit does not happen. The opposition Labour Party said May needed to get a better deal or step aside and let them govern. “We still don’t know what our long term relationship with Europe would look like and that’s why so many MPs across parliament are not willing to vote for this blindfold Brexit and take a leap in the dark about Britain’s future,” Labour leader Jeremy Corbyn told parliament. Anxious to prevent a “no-deal” Brexit, a group of mainly pro-EU MPs from May’s Conservative Party won a vote to make sure parliament gets more power to dictate any next steps the government takes if her exit plan fails. For them, there may be another way out. The formal advice from a European Court of Justice advocate general - not binding but usually heeded by the court - suggested to some lawmakers that revoking the “Article 50” divorce notice was an option. “It’s a false choice to say it’s the PM’s deal or chaos,” said Conservative lawmaker Sam Gyimah, who quit as a minister on Friday over May’s deal. “We should look at all the options and not be boxed in by our own red lines.” But May’s spokesman told reporters: “It does nothing in any event to change the clear position of the government that Article 50 is not going to be revoked.”
Pompeo says Trump’s EU critics ‘just plain wrong’

If, against the odds, May wins the Dec. 11 vote, Britain will leave the EU on March 29 on the terms she negotiated with Brussels. If she loses, May could call for a second vote on the deal. But defeat would increase the chances of a “no-deal” exit, which could mean chaos for Britain’s economy and businesses, and put May under fierce pressure to resign. Bank of England Governor Mark Carney denied accusations of scaremongering after the bank said last week that, under a worst-case Brexit, Britain could suffer greater damage to its economy than during the financial crisis of 2008. Defeat for May could also make it more likely that Britain would hold a second referendum on exiting the EU - which would almost certainly require it at least to defer its departure - three years after voting narrowly to leave. The vote against the government over contempt proceedings, won by 311 votes to 293, was a smaller margin than some had predicted. But the government lost the later vote on handing parliament more power by a bigger margin, 321 votes to 299, a move some Brexit campaigners said held little weight as it would not bind the government to take any proposed action. May, 62, has toured Britain, spent hours being grilled in parliament and invited MPs to her Downing Street residence to try to win over her many critics. But the deal has united critics at both ends of the spectrum: eurosceptics say it will make Britain a vassal state while EU supporters take a similar line, saying it will have to obey the rules of membership while foregoing the benefits. Leading Brexit advocate Boris Johnson said the deal was a national humiliation and made a mockery of the public’s vote to leave the EU. May’s nominal allies in the Northern Irish DUP have also said they will vote against her deal. But on Tuesday DUP deputy leader Nigel Dodds said, despite voting against the government on the contempt issue, his party’s agreement to support May’s minority government remained in place. “We haven’t broken that,” he told Sky News.