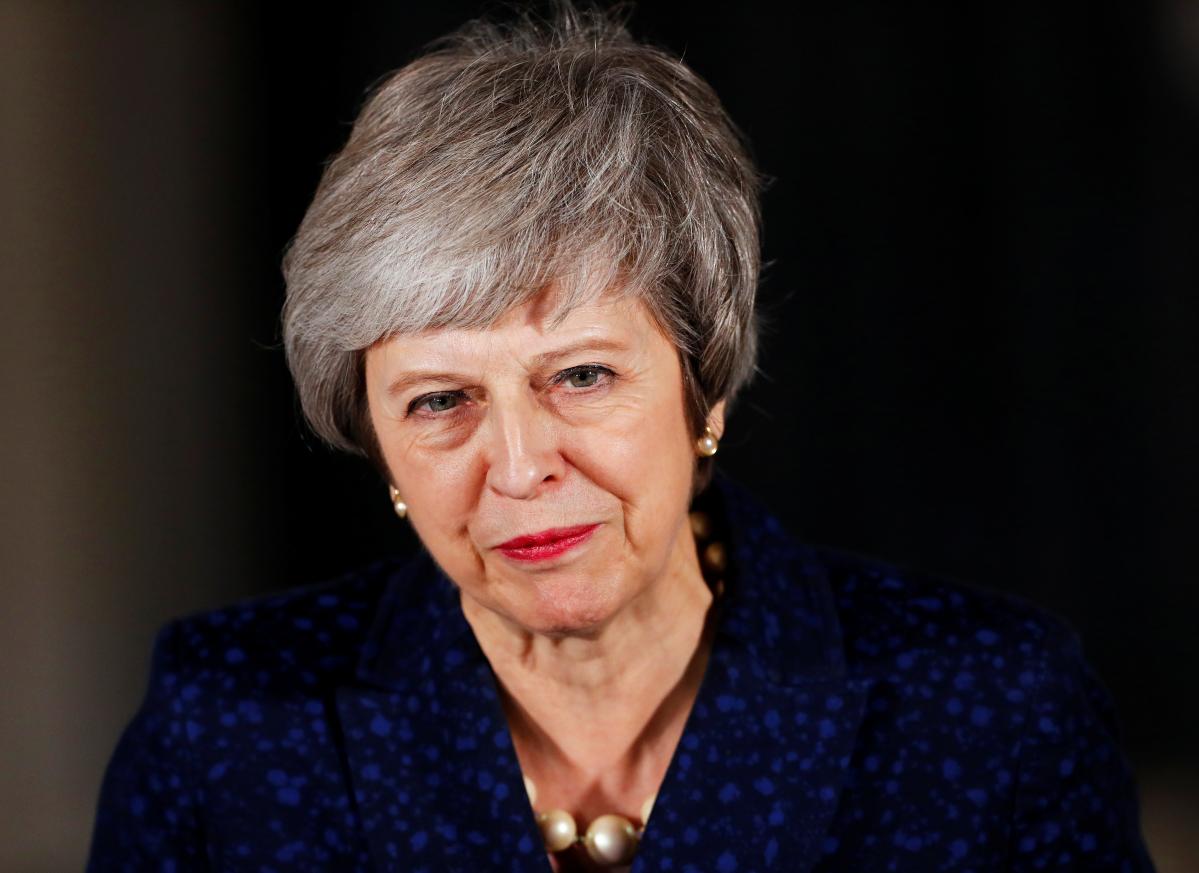 LONDON (Reuters) - Prime Minister Theresa May survived a confidence vote by the Conservative Party on Wednesday, but a mutiny by more than a third of her lawmakers indicated parliament was heading towards deadlock over Brexit. While 200 Conservative lawmakers voted in support of May as leader, 117 dissented, indicating opposition not only from several dozen supporters of a hard Brexit but also from many more pragmatic lawmakers - and signalling that she was no nearer to passing her EU divorce agreement. It was not the robust affirmation she needed as she heads to Brussels on Thursday to ask the other 27 EU leaders, who have made room for her at a summit, for clarification of the deal to reassure the doubters. On Monday, May had cancelled a parliamentary vote on her deal, struck after two years of negotiations and designed to maintain close future ties with the bloc, after admitting it would be heavily defeated. With Britain due to leave the EU on March 29, parliament’s opposition has suddenly opened up possibilities including a potentially disorderly exit with no deal or even another referendum on membership. Speaking in Downing Street after the vote, May said she would listen to those who had voted against her and seek legal assurances on the most controversial part of her deal - an insurance policy to prevent a hard border between EU member Ireland and the British province of Northern Ireland. Many in her party fear that these “backstop” measures could last indefinitely.

“A significant number of colleagues did cast a vote against me and I’ve listened to what they said,” May said. “We now have to get on with the job of delivering Brexit for the British people.” However, EU leaders have lined up to say they have no intention of changing the agreement. And diplomatic sources in Brussels told Reuters the draft of a document being prepared for May included only the possibility that the bloc would look into giving Britain more assurances over the Irish backstop, without offering any immediately. Eurosceptic critics of the deal within May’s party triggered the no-confidence vote hours after she returned from a whistle-stop tour to meet European leaders at the start of the week. Supporters said the result showed the party should now get behind her. But the eurosceptics who see her deal as a betrayal of the 2016 referendum said she should now quit. “It is a terrible result for the prime minister,” Jacob Rees-Mogg, leader of a hard Brexit faction, told BBC Television. “The prime minister must realise that, under all constitutional norms, she ought to go and see the queen urgently and resign.” May, who voted to remain in the EU in the referendum, had warned opponents of her withdrawal deal that if they toppled her, Brexit would be delayed or stopped. Shortly before the vote, May sought to win over wavering lawmakers by promising to step down before the 2022 election. But the confidence vote was also a proxy for the party’s divisions over Europe. “If you’re a PM and a third of your MPs vote against you, that is very bad news,” eurosceptic lawmaker Mark Francois told Reuters.

The Northern Irish party that props up her government - and strongly opposes her withdrawal deal - said the fundamental arithmetic in parliament was unchanged. The opposition Labour Party said she must now bring the agreement back to parliament. Brexit is Britain’s most significant political and economic decision since World War Two. Pro-Europeans fear the departure will weaken the West as it grapples with the U.S. presidency of Donald Trump and growing assertiveness from Russia and China. The outcome will shape Britain’s $2.8 trillion economy, have far-reaching consequences for the unity of the kingdom and determine whether London keeps its place as one of the top two global financial centres. Supporters of Brexit admit there may be some short-term pain for the economy, but say it will prosper in the long term when cut free from the EU, which they cast as a failing German-dominated experiment in European integration. May, 62, won the top job in the turmoil that followed the 2016 EU referendum, where Britons decided by 52 percent to 48 to leave the EU. She promised to implement Brexit while keeping close ties to the bloc, to heal a divided nation. Sterling jumped as high as $1.2672 GBP=D3 as the result came in but then fell to $1.2605, still up 1 percent on the day, after it emerged that the number of lawmakers who had voted against May was higher than many in the markets had expected. “It is right at the top end of the number of people who were expected to be against her,” said John Curtice, one of Britain’s leading polling experts. “It is not unlikely that she will go by some point in April-May time.”