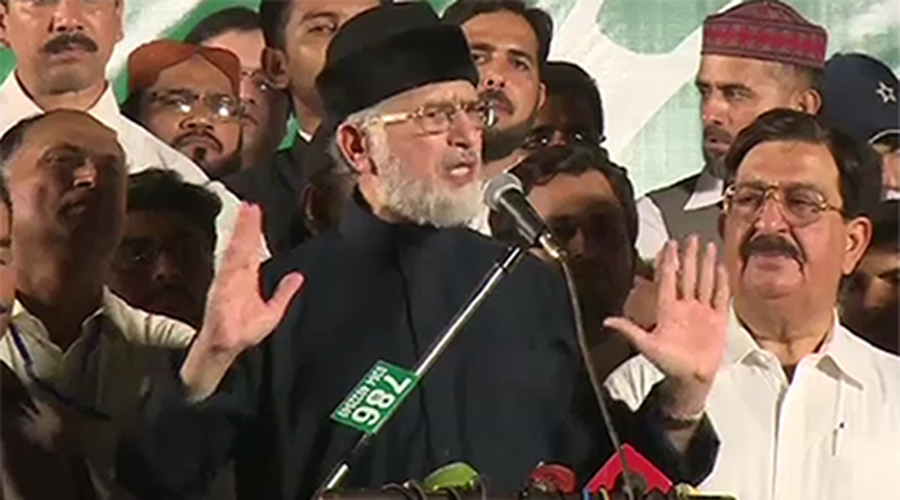 RAWALPINDI (92 News) – Pakistan Awami Tehreek (PAT) chief Dr Tahirul Qadri said that not only Kulbhushan Singh but Prime Minister Nawaz Sharif and Punjab Chief Minister Shahbaz Sharif are also Indian agents. Addressing the Qisass rally in Rawalpindi late Saturday, he said that the prime minister and the Punjab CM are Indian agents, as loads of workers at their sugar mills were Indian national, adding that corrupt rulers are posing a real threat to the sovereignty of the country,” he added. The PAT chief that his party has options of either marching towards Islamabad or Prime Minister Nawaz Sharif's Raiwind residence. He said that if we want to get justice for the victims of Model Town tragedy, we can do it in a week but we are peaceful protesters and will not break the law. He said that the next phase of the protests would be made after consultations as the first phase of the movement against the government had ended with the rally in Rawalpindi. PAT is demanding justice over the killing of 14 of its workers and the injuries sustained by scores in police firing in Lahore in June 2014, an incident for which it blames the prime minister and his younger brother and Punjab chief minister Shahbaz Sharif.