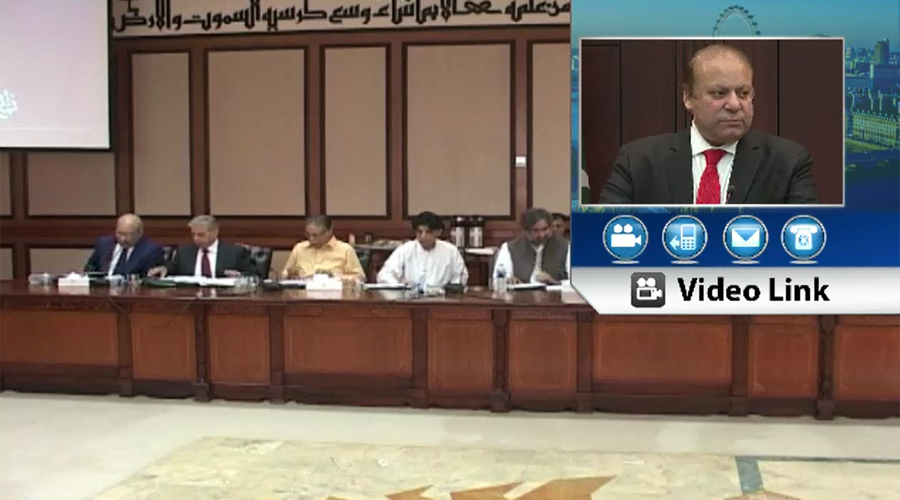 LONDON (92 News) – Prime Minister Nawaz Sharif approved the Rs45 trillion budget for the next fiscal year 2016-17 through the video link during a meeting of the National Economic Council (NEC) on Monday. The prime minister presided over the NEC meeting in London. An amount of Rs1675 billion has been allocated for development. According to the budget break-up, Rs 800 billion development budget for the Federation, while it is Rs 875 billion for the provinces. 92 News has received the details about the defense budget, which is likely to be increased by Rs100 billion. All the three chief ministers, Finance Minister Ishaq Dar and concerned officials were also present. Prime Minister Nawaz Sharif assured the provinces of all-out cooperation, saying that their reservations will be removed and their interests will be protected. He said that he was seeing the future of Pakistan very excellent. “The overall production of the country has increased. The GDP has touched 4.7pc, which is the highest in eight years,” he said. The prime minister said that the economy will strengthen more through the Pak-China Economic Corridor. He thanked political leaders, his colleagues and workers for offering prayers. He also thanked the media.