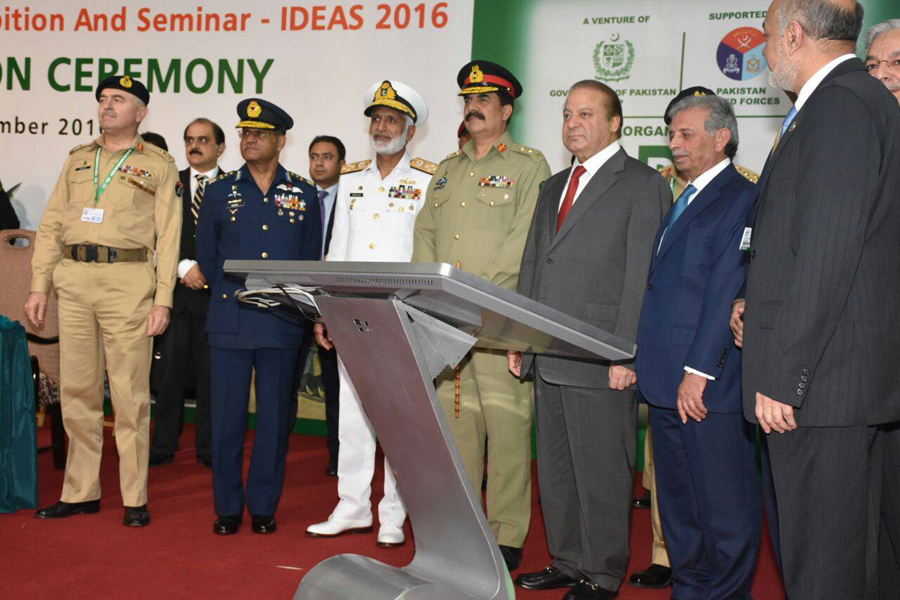 KARACHI (92 News) – Prime Minister Nawaz Sharif inaugurated the 9th four-day International Defence Exhibition IDEAS 2016 on Tuesday. Addressing the inaugural ceremony, he said that they are determined to stabilize economy. He said that the government is taking special steps for the progress of social sector. The prime minister said that the participation of foreign delegations has encouraged them. He lauded the efforts of the management in making the exhibition a success. He said that there are ample opportunities of profitable investment in Pakistan. Chief of Army Staff General Raheel Sharif, Chief of Naval Staff Admiral Zakaullah and Air Chief Marshal Sohail Aman were also present.