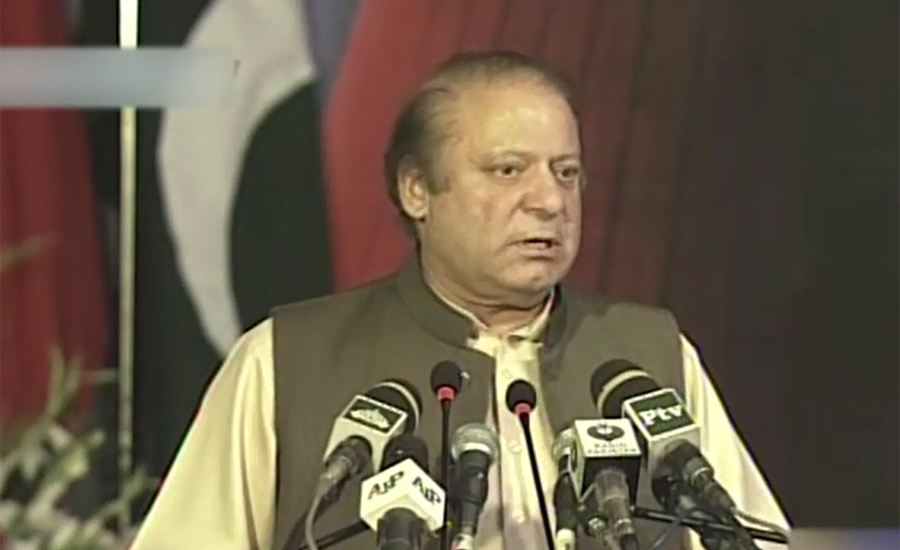 Speaking on the occasion, he said that the opponents are trying to defame Pakistan, not him. “The CPEC is the best project in the region. Under the CPEC, investment worth US$ 56 is being made in the country,” he added.

He said that some people level allegations against him daily on TV.

The prime minister said that the project will start generating 1,200MW in two-three days. “The economy is heading towards the right direction,” he said.

The energy crisis is coming to an end, he added.

Nawaz Sharif said that they have broken the backbone of terrorism. “The war against terrorism will continue until elimination of the last terrorist,” he maintained.

He said that a network of the Motorway is being laid in Khyber Pakhtunkhwa. “Peshawar will be linked to the six-lane Motorway,” he added.

The Sahiwal project comprises of Two 660MW plants with a total capacity of 1,320MW and is one of the early harvest projects of China Pakistan Economic Corridor (CPEC).

Huaneng Shandong Ruyi Pakistan Energy Private Limited has completed the civil, electrical and mechanical works at the project. The project has already been connected to the national grid.

This is the latest state-of-the-art technology Supercritical Coal Fired Power Project, which is environmentally compliant and the High thermal efficiency will result into less use of fuel.

The annual power generation from the project is expected to exceed 9 billion kWh, which will significantly contribute to alleviating energy crisis in the country. The project will produce electricity at a tariff of Rs 8.11 per unit.