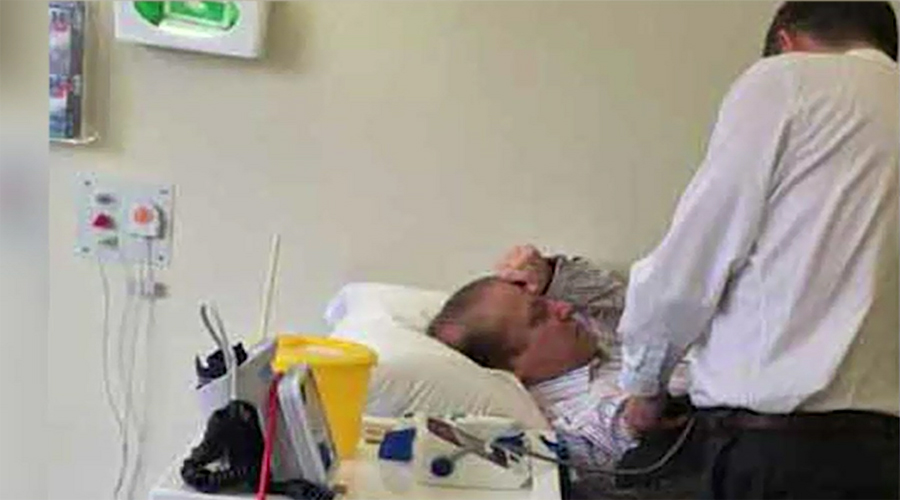 LONDON (92 News) – All arrangements have been completed for the open-heart surgery of Prime Minister Nawaz Sharif. Musaddaq Malik, a spokesman for the prime minister, said that the operation would be performed at 12 noon on Tuesday. He said that the PM would stay in hospital for a few days after the operation. “The decision on his return will be made in consultation with the doctors,” he said. Dr Asharf Chohan, the prime minister’s doctor, said that the medicine’s effect will remain for 24 hours. “He will be discharged from hospital within 3-4 days.” He said that doctors would advise him to take rest for 2-3 weeks. Earlier on Monday, doctors conducted his medical check-up and declared his health satisfactory. Punjab Chief Minister Shahbaz Sharif is in London to inquire after the health of his brother. However, he expressed his indignation at unavailability of protocol in London. Prime Minister Nawaz Sharif phones his Indian counterpart Narendra Modi and thanked him for expressing good wishes for him. On the other hand, Balochistan Chief Minister Sanaullah Zehri also left for London to inquire after the health of the prime minister. Meanwhile, special prayers are being offered for early recovery of the prime minister across the country. Ceremonies were held in the churches in which priests prayed for the early recovery of the prime minister. They also prayed for progress and prosperity in the country. National Assembly Speaker Sardar Ayaz Sadiq also participated in a prayers’ ceremony in Lahore’s Baja Line area. Political leaders from all over the world have also wished him good luck and prayed for the quick recovery of Prime Minister Nawaz Sharif.