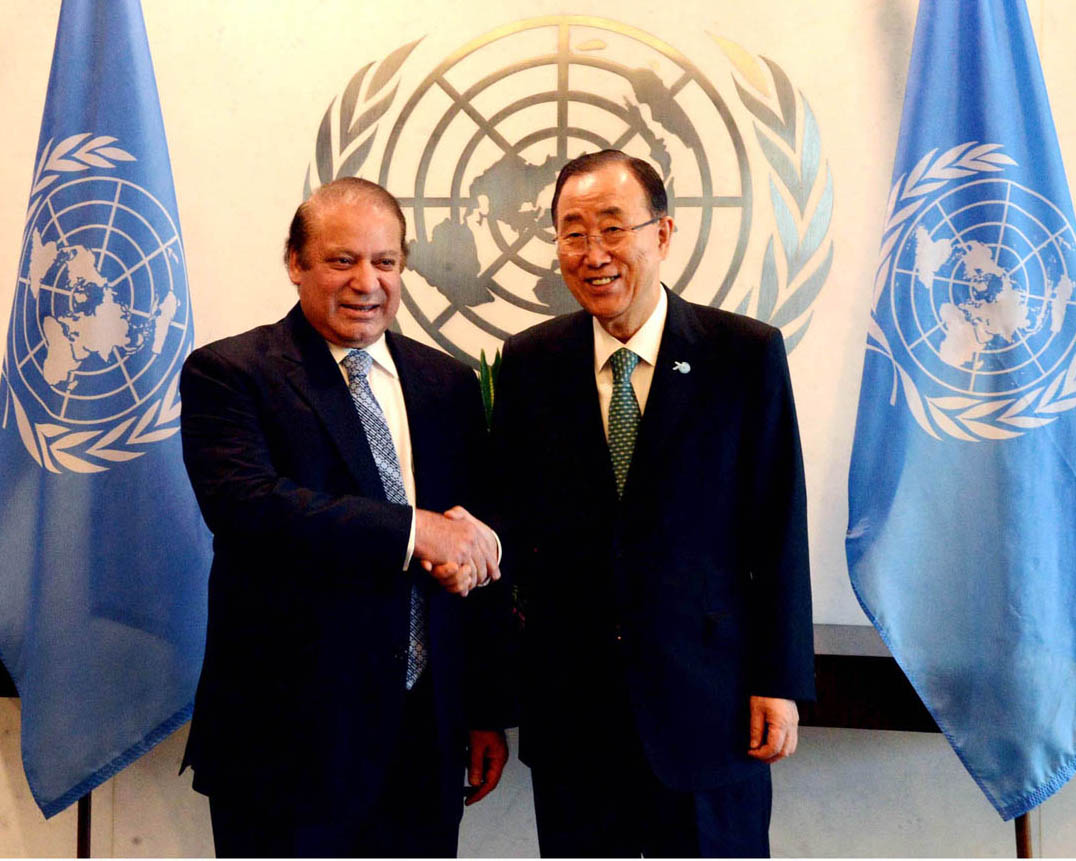 NEW YORK (92 News) – Prime Minister Nawaz Sharif has called upon the United Nations Secretary-General Ban Ki-Moon for implementation of the UN Security Council resolutions on Kashmir issue. During the meeting with the UN chief Ban Ki-Moon in New York on Sunday, the prime minister called for plebiscite for resolution of the longstanding issue of Jammu and Kashmir. Nawaz Sharif further raised the issue of ceasefire violation by India on the Line of Control and the Working Boundary with the UN Secretary-General. He urged the UN Chief to play his role in ending unprovoked ceasefire violation by India. The UN Secretary-General expressed concerned over tension between Pakistan and India. He offered his good offices and called for dialogue between Pakistan and India. UN chief lauded Pakistan's contribution to UN peacekeeping efforts and paid tributes to its peace-keepers.