ISLAMABAD (92 News) – Pakistan Tehreek-e-Insaf (PTI) Chairman Imran Khan has on Sunday said that 20 years have passed since I started politics but the party has just started. Addressing a rally in Islamabad F-9 park on Sunday on the occasion of party’s Foundation Day, Imran Khan said that he is preparing for the next 20 years and thanked the people for supporting him. “I had never thought of joining politics as I was unable to give speeches,” he said. 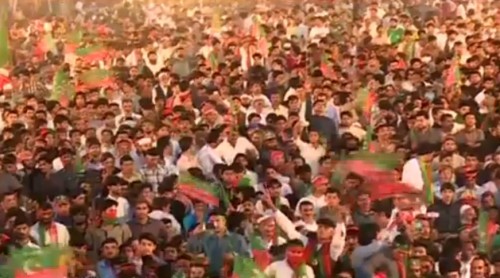 He said that the country is sliding downward as the corruption is increasing day by day, adding that a bunch of people are depriving people of food. 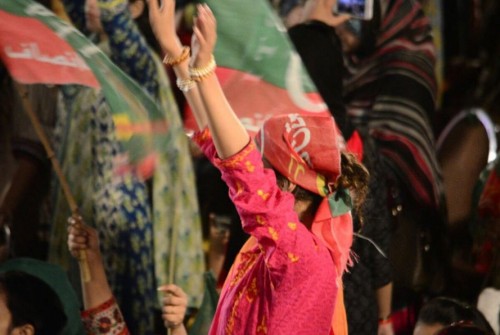 The PTI chairman thanked almighty ALLAH for bestowing him much more than he even deserved. “I always looked at the life of our Prophet (PBUH) and it gave me hope and faith for our struggle,” he said. “I can see us inching close to our vision for Pakistan because our nation is awake now,” he added. He said that seeing the crowd here today, he wonder what it will be like when we march to Raiwind. “I am in pain following the death of Soran Singh and I want everyone to raise their hands to promise all of you will protect minorities. ” Imran Khan said that the rulers come into power to make money while the people of Pakistan starve, adding that we were talking about accountability and Prime Minister Nawaz Sharif paints a sorry picture of democracy being in danger. 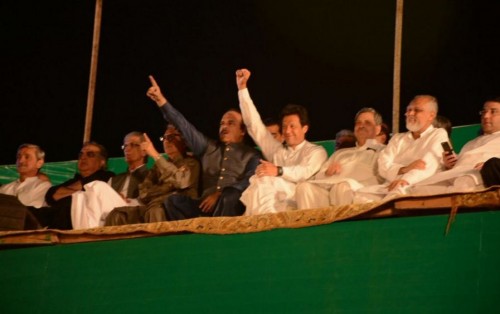 He said that Prime Minister Nawaz Sharif has been saved until now in massive corruption scams but he will not be saved this time. The PTI chairman said that they want a commission lead by Chief Justice of Pakistan, adding that the judicial commission should hire forensic experts to investigate into the leaks. He announced to hold next public gathering in Lahore on Sunday on May 1.