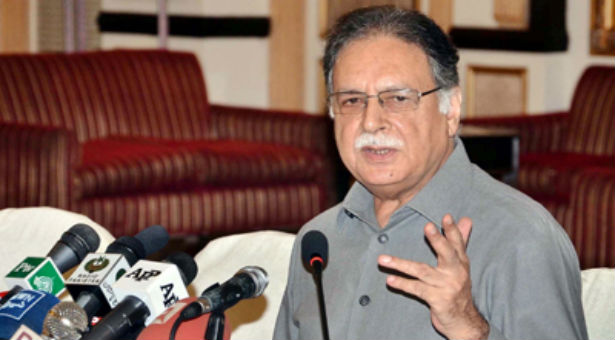 ISLAMABAD (92 News)- Federal Minister for Information Pervez Rashid has said that the current year has brought with itself economic development. Talking to Media outside the Parliament, the minister praised Prime Minister Nawaz Sharif’s vision saying that the premier’s efforts which started in 2013 have started to bear fruit now. “Every village of the country shall enter the 21st century,” he said. Pervez Rashid said that the successful visit of the Chinese president Pervez Rashid said that the visit will have long-term benefits for the country. “Sweetness of Pak-China friendship is echoing in every nook and corner of the country,” he said. “A new era of development will start from this time onward.”