PM has no way to escape, says Aitzaz Ahsan 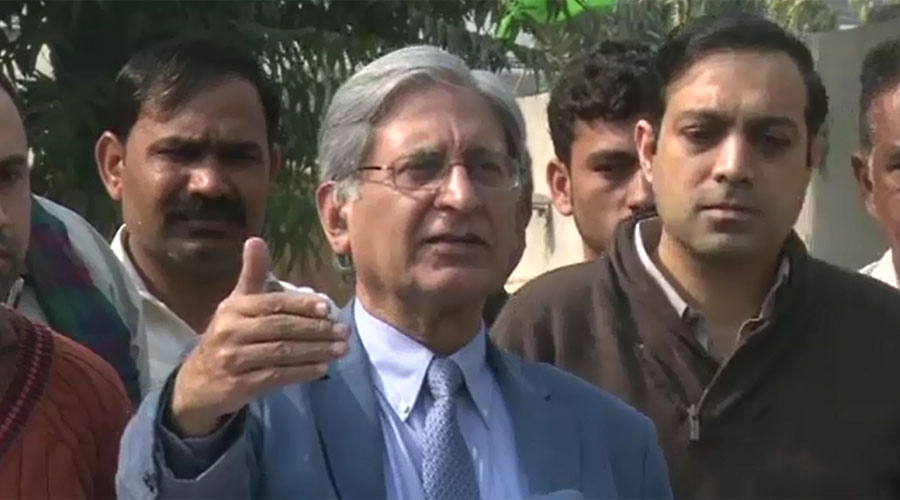 PM has no way to escape, says Aitzaz Ahsan

LAHORE (92 News) – Senator Aitzaz Ahsan has said that Prime Minister Nawaz Sharif has no way to escape the Panama Leaks investigation. Talking to media after condoling Jahangir Badr’s family, the PPP senator said that there should be same investigation scale for Nawaz Sharif as it was for Yousaf Raza Gillani. He said that the prime minister only told a story in Parliament regarding the prince of Qatar. He said that the PTI had not contacted him for Panama Leaks case and added that he would give them an advice if they seek it. He said that Hamid Khan is a good and experienced lawyer. The evidence has to be given by Sharif family, not Hamid Khan. Earlier, hee said that Jahangir Badr was a brave man. His services in the field politics will always be remembered.