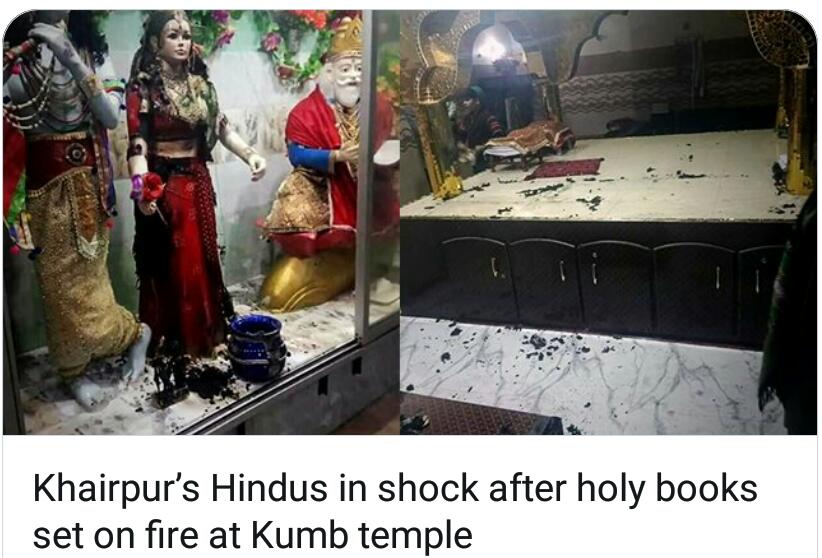 ISLAMABAD (92 News) – Prime Minister (PM) Imran Khan on Tuesday ordered swift and decisive action against the perpetrators involved in the vandalism of a Hindu temple situated in Kumb, a town in Khairpur district of Sindh. The prime minister took a twitter and expressed his displeasure over the tragic incident and called the action contrary to the teachings of the Quran. “The govt of Sindh must take swift and decisive action against the perpetrators. This is against the teachings of the Quran,” PM Khan tweeted.

The govt of Sindh must take swift and decisive action against the perpetrators. This is against the teachings of the Quran. pic.twitter.com/aNr9uAkyTk

Reportedly, the reports emerged on social media that a Hindu temple in Sindh’s Khairpur was desecrated and some miscreants set holy books on fire. The report stated that a Hindu temple in Kunbh, Sindh was attacked by vandals. According to images doing rounds on the social media, the temple in Sindh was attacked with holy books and statues housed within it desecrated. 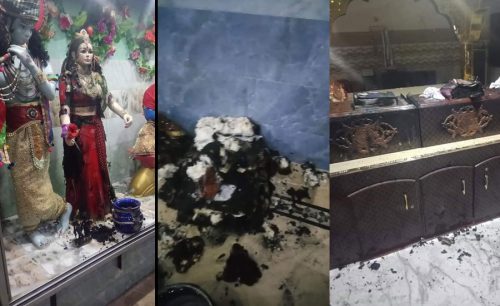 However, the incident was condemned by the social media users as well as highlighted for taking action by the authorities. The prime minister took notice against the miscreants who vandalized the Hindu temple through social media.

Occupied Kashmir is getting strength with every passing day: PM

PM Imran Khan, in his message, said that the freedom movement in Occupied Kashmir is getting strength with every passing day. “Kashmiris are being deprived of their eyesight through pellet guns.” He deplored that seven decades have passed and the dispute of Jammu and Kashmir remains unresolved. Punjab Chief Minister Usman Buzdar said that Pakistan salutes unshaken resolve of Kashmiris for their right to self-determination. “The Pakistani nation stands with their Kashmiris brothers and sisters,” he said.