QUETTA (92 News) – Prime Minister Imran Khan on Sunday paid condolence to the families of Hazarganji blast victims. According to the details garnered, the prime minister met with the heirs of the blast victims individually to express his condolence on the deadliest attack on the Hazara community. During the meeting with Hazara community delegation, PM Khan expressing his views, saying, “We stand firm united with the people, who lost their loved ones.” The Balochistan chief minister and governor were also present during the meeting with Hazara community delegation. 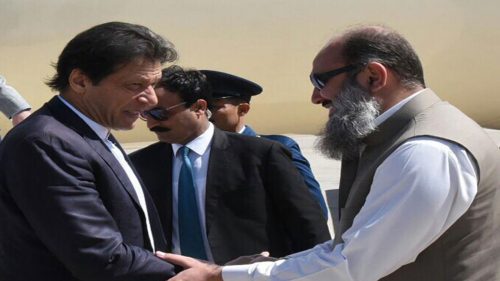 Earlier, the prime minister was received by Balochistan governor and chief minster.

Earlier, at least 20 people were killed while 48 were left wounded in an explosion in Quetta area of Hazarganji on Friday morning.

DIG Quetta Abdul Razaq Cheema confirmed to the media that 20 people, including an FC official, lost their lives in the blast. Thirty others were injured and were undergoing treatment, he added. He also said that eight member of Hazara community are included in the dead persons. The Quetta DIG also informed that an improvised explosive device (IED) had been hidden among the potatoes bag in the market. The sources said the blast meant to target the Frontier Constabulary (FC) vehicle parked in the market. Several people were injured in the explosion as they all were shifted to the Bolan Medical Complex. Buildings located nearby were also damaged in the blast, police said earlier. Following the explosion, the security cordon has been put in place in the entire area. The bomb disposal squad also reached the site. However, the rescue operation was continued. 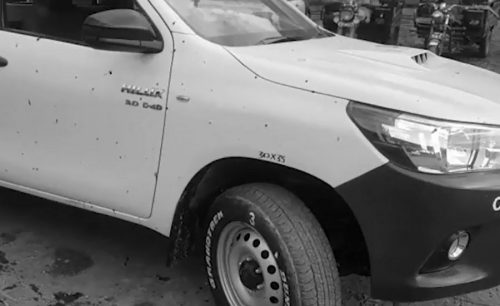