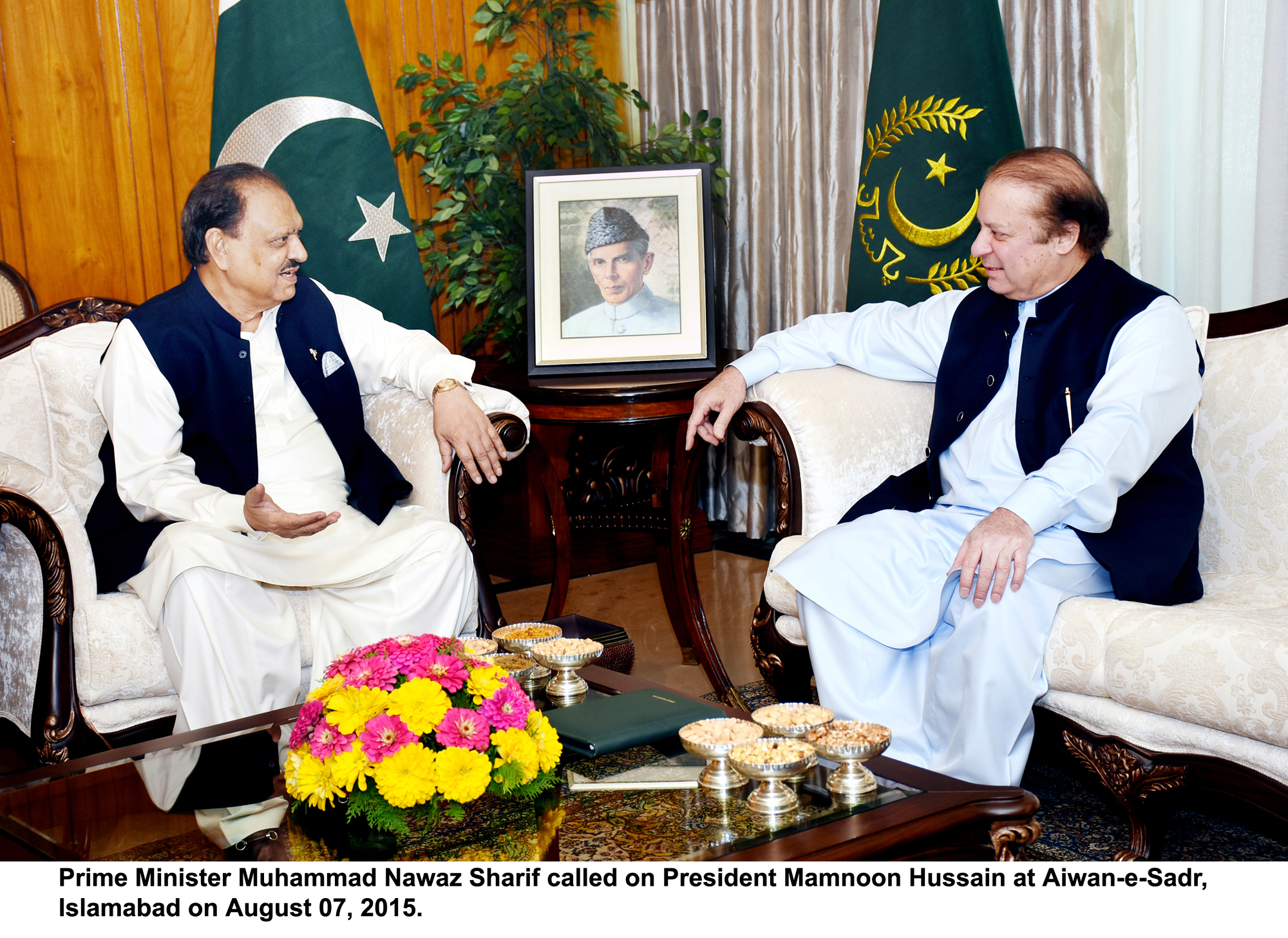 ISLAMABAD (92 News) – Prime Minister Nawaz Sharif called on President Mamnoon Hussain in Islamabad on Friday. During the meeting, the prime minister and the president agreed to continue the operation against terrorists. They appreciated the role of Pak Army in the Zarb-e-Azb operation. The prime minister took the president into confidence over government's policies about the situation in Sindh and Balochistan. Regarding the relief efforts for the flood-affected people, both leaders vowed to utilize all resources for rehabilitation of the victims. They also agreed to continue work on education and health projects for the welfare of the common people.