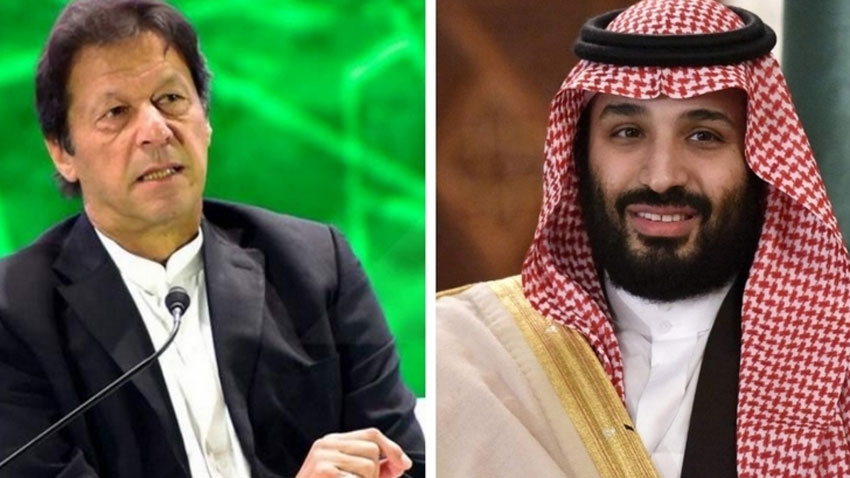 ISLAMABAD (92 News) – Prime Minister Imran Khan telephoned Saudi Crown Prince Mohammed bin Salman bin Abdulaziz. In a telephonic conversation, the prime minister and Saudi crown prince discussed latest developments in the Indian Occupied Kashmir (IoK). Both the leaders discussed the development of the situation in the region and efforts exerted towards it. PM Khan informed Mohammed bin Salman bin Abdulaziz about the current situation of the Occupied Kashmir. On the occasion, the Saudi crown prince assured that they have kept eye on the core Issue of Kashmir. Earlier, addressing the joint session of Parliament, Prime Minister Imran Khan feared that Indian step to scrap the special status for Occupied Kashmir could trigger a traditional war after Pulwama-like incidents. The prime minister said that Pakistan will vigorously respond if India did anything in Azad Jammu and Kashmir. “We will adopt the course of Tipu Sultan instead of Bahadar Shah Zafar. We will fight to the last drop of our blood. It will be the war which will be won by none,” he declared. PM Imran Khan said that he was not indulging in nuclear blackmailing. “Is the world ready for the worst consequences of the Pak-India war? We will not be responsible if the international community remains unable to get its laws implemented,” he said. He announced that Pakistan will fight the case of Kashmir at each forum. “We are also considering moving the International Court of Justice (ICJ),” he said. The prime minister said that he had contacted his neighbour countries after assuming the power. “My US tour was an attempt to end the past issues.” He said that he had started dialogues with Indian Prime Minister Narendra Modi, but he was not serious. “Today a message should be given from the House that the nation is united,” he declared.