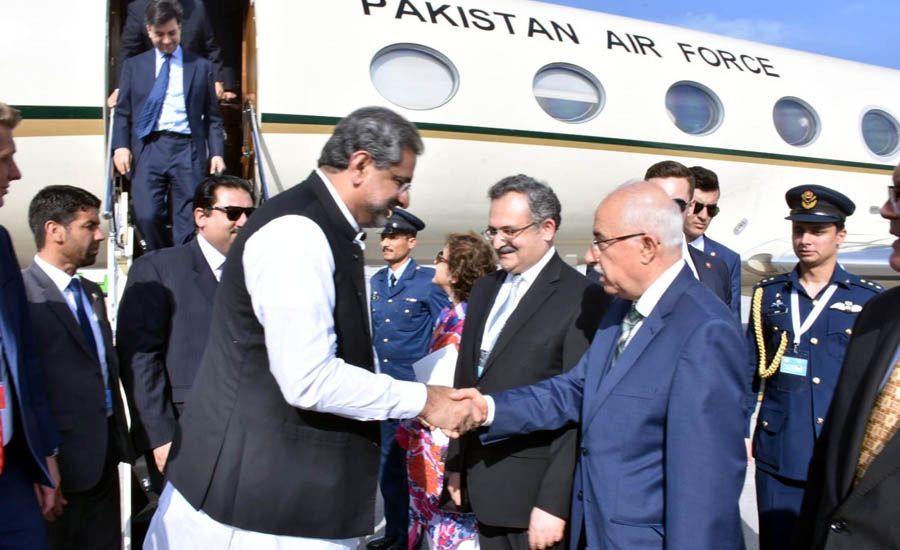 ISTANBUL (92 News) – Prime Minister Shahid Khaqan Abbasi is leading the Pakistan delegation to the 7th Extraordinary OIC Summit being held in Istanbul on Friday to discuss the grave situation in the aftermath of blatant human rights violations by the occupying forces in the state of Palestine. The summit has been called by the Turkish president in his capacity as the chair of the OIC Summit. The summit will focus on the latest incidents of violence in the Gaza strip where over 60 civilians have been mercilessly killed by the occupying Israeli forces and scores of others have sustained injuries including women, children and the elderly. Pakistan has called for an independent and transparent investigation of violence in Gaza. While condemning the human rights violations by the occupying Israeli force, the prime minister will reiterate support of the people and Government of Pakistan for the establishment of a viable, independent and contiguous state of Palestine.