SUKKUR (APP) - The federal government will provide a grant of Rs 15 billion to the Sindh government to overcome the heavy losses of lives and infrastructure in the wake of the massive destruction caused by flash floods, Prime Minister Shehbaz Sharif announced on Friday. 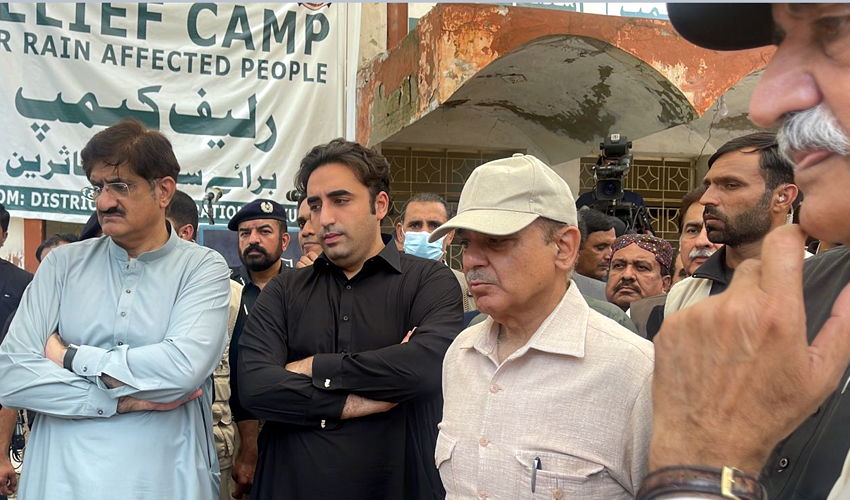 The prime minister said the grant by the federal government would help the Sindh government carry out relief and rehabilitation activities. He said the coalition government would make collective efforts to alleviate the sufferings of the flood victims, adding that it would leave no stone unturned to facilitate the people who faced unprecedented loss in the wake of floods.

He mentioned that over 900 people died due to floods in the last few months, while the situation incurred a heavy toll on crops and livestock as well. He directed the relief and rescue staff to be available round-the-clock on duties to help the flood victims.

He announced the disbursement of Rs 25,000 per household through Benazir Income Support Programme (BISP) starting Friday and onwards and said in one week, around Rs 28 billion would be given to the affected people. Also, medical camps are on the alert to extend treatment to patients in the flood-hit areas, he added.

He said Nestle Pakistan had donated 100 tonnes of clean drinking water, of which 80 tonnes and 20 tonnes were to be supplied to the flood victims of Sindh and Balochistan, respectively. The prime minister mentioned holding a meeting with envoys of various countries this morning, where he urged them to provide assistance to Pakistan in the hour of need.

He said a joint survey was being conducted by the departments of federal and provincial governments to assess the damages.

PM Sharif lauded Chief Minister Sindh Murad Ali Shah for helping the flood-affected people across the province. He mentioned that he had talked to the army and naval chiefs who assured full support in carrying out relief and rescue operations. 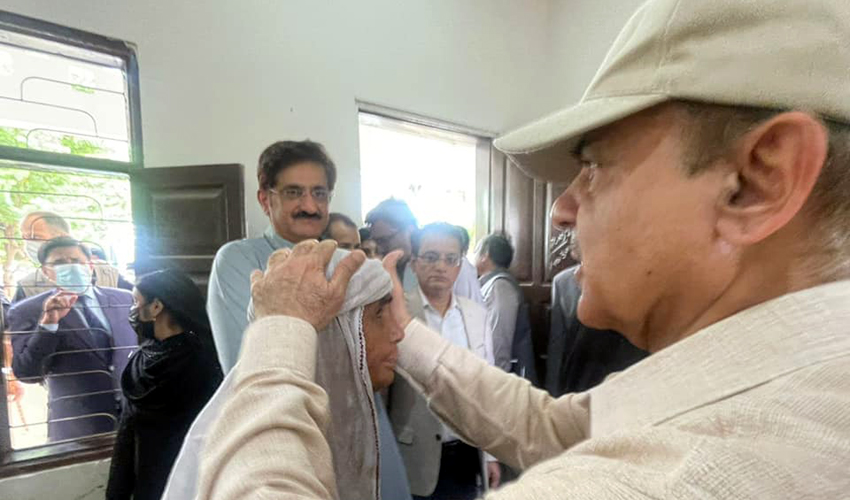 The prime minister said the grid stations in the flood-hit areas would be again switched on again after taking necessary measures. "The power stations, after getting submerged in water, had been turned off keeping in view to avert the incidents of electrocution of people."

He instructed the Federal Minister for Power to remain available in Sindh to oversee the activities.

Chief Minister Murad Ali Shah urged the media to properly highlight the plight of the flood-affected people so as to apprise the international donor agencies about the true picture of devastation.

Foreign Minister Bilawal Bhutto Zardari said the moment was a test for all political parties of Pakistan to help the people of the country in this hour of need. He thanked the prime minister for his announcement regarding the disbursement of compensation money to flood victims through BISP.

He said presently, tents were the most needed commodity and appealed to the philanthropists to come forward for contribution.

The district administration of Sukkur and the representatives of the Provincial Disaster Management Authority (PDMA) briefed the prime minister about the ongoing work for the relief of the flood-stricken people and the rehabilitation of the infrastructure.

The prime minister was apprised that several flood-hit areas faced unavailability of communication services after severe damage to infrastructure in urban and rural areas. It was told that 43 food relief camps had been set up in Sindh where the people were being given food and medicines. In an interaction with the flood-affected people, the prime minister assured to make all-out efforts for their facilitation.