ISTANBUL (APP) - Prime Minister Shehbaz Sharif on Friday called Turkiye his 'second home', recalling the support extended by the people of Pakistan at the time when Turkiye was fighting for freedom.

Addressing the launching ceremony of the third of the four MILGEM Corvette Ships for the Pakistan Navy, PNS Khaiber, at the Istanbul Shipyard, the prime minister said it was high time the two countries transformed their ties into a strategic partnership as the world was 'envious' of the relationship between two brotherly countries.

"While supporting the Turkish people, our forefathers never knew that Turkey will stand by Pakistan through thick and thin and all international platforms instead, they had done so out of their religious brotherhood," he added. 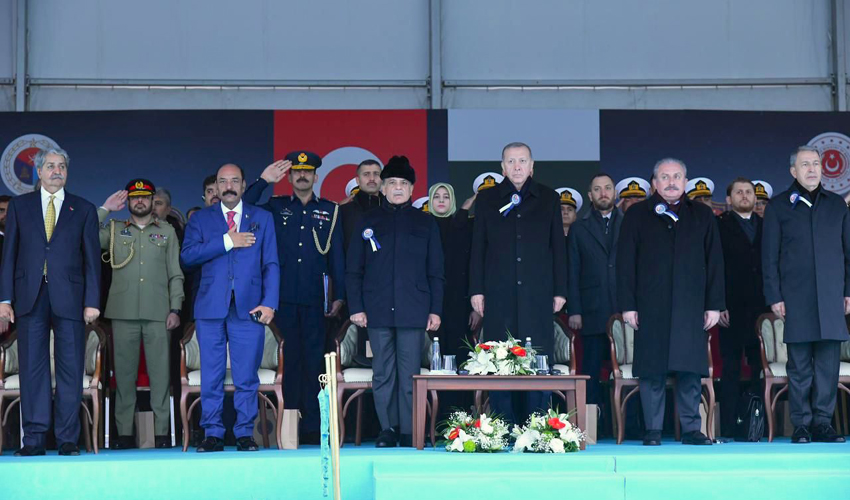 The prime minister appreciated the 'visionary leadership' of President Erdogan, saying that he had transformed Turkiye into a modern society. He also spoke highly of the social welfare projects executed by the Turkish government even in far-flung areas besides transforming the agriculture and industrial sectors.

Citing huge potential in the field of alternate energy in both countries, Shehbaz Sharif called for Turkey and Pakistan to join hands for the production of solar, wind and hydel energy to cut the carbon emission and open up new avenues of investment cooperation.

He told the gathering that Pakistan was recently hit by one of the most devastating flood and within no time, Turkiye sent 13 goods trains carrying 72,000 tons of humanitarian goods and 15 Turkey military aircraft carrying food, tent, medicines and medical teams. 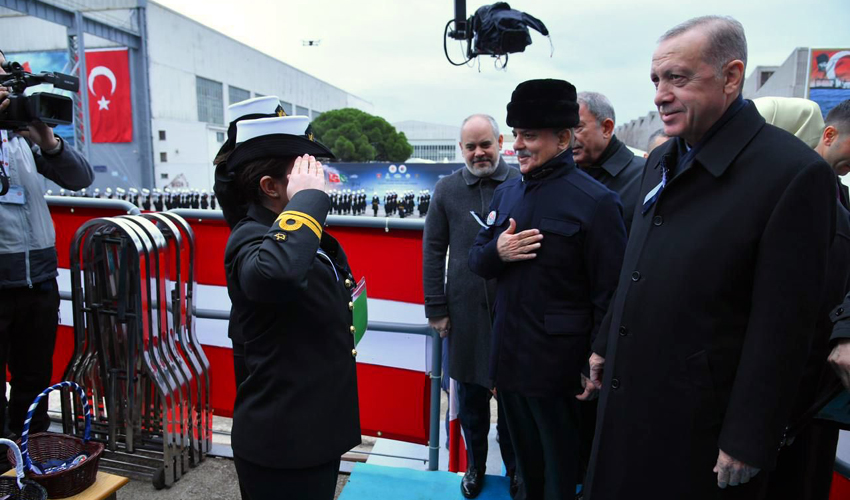 He said Pakistan and Turkiye enjoyed long-lasting and deep-rooted ties resting firmly on trust and support based on the principles.

He said the induction of the MILGEM ship would strengthen the Pakistan Navy and acknowledged the commitment by the Turkish ministry of defense and the Turkish Navy for completing the project timely. 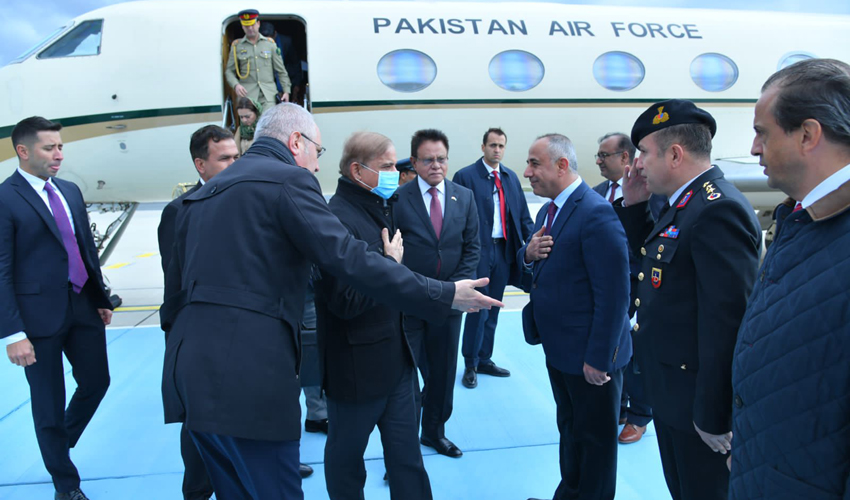 Earlier on his arrival at the venue, the Turkish president welcomed the prime minister who was accompanied by a high-level delegation. The PM was given the guard of honour as the national anthems of the countries were also played.

The launching ceremony for the first Corvette for the Pakistan Navy, PNS Babur, was performed in Istanbul in August 2021while the groundbreaking for the Second Ship, PNS Badr, was held at Karachi in May 2022.