Earlier on his arrival, the prime minister was presented the guard of honour. Both leaders discussed the matters of mutual interest. They agreed to enhance cooperation between both countries in different fields. 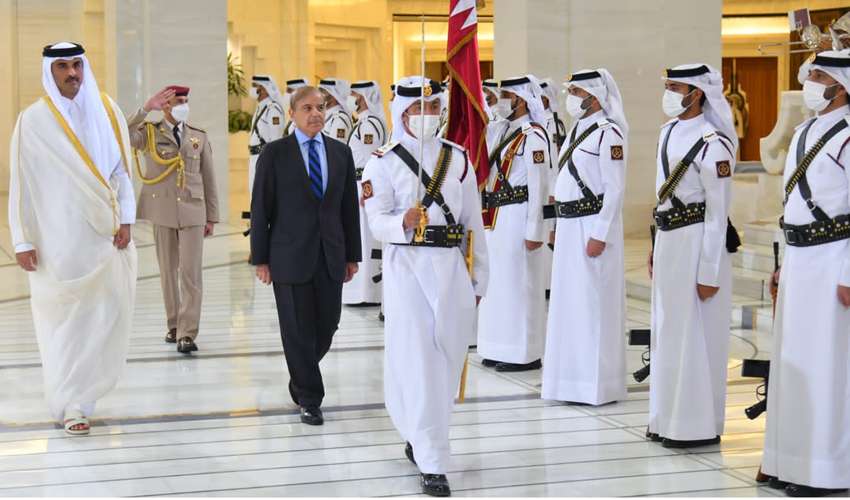 The prime minister conveyed gratitude to the Father Amir for receiving him and his delegation. He conveyed his profound regards to His Highness and underscored the importance Pakistan attached to its longstanding and cordial relationship with Qatar, which is based on firm foundations of mutual trust and abiding support.

Recalling the earlier visits of the Father Amir to Pakistan in 1999 and 2017, the prime minister appreciated the role played by His Highness in elevating the relationship between the two countries and acknowledged the robust relationship developed during His Highness’ reign.

Recalling 'Education Above All (EAA)' programme under the patronage of Sheikha Moza bint Nasser, the prime minister lauded her humanitarian and charitable efforts, in particular enrolment of out-of-school children around the world including Pakistan.

The prime minister thanked the Father Amir for hosting more than 200,000 strong Pakistani diaspora in Qatar, which is contributing to the progress of the State of Qatar, as well as Pakistan. He assured the Father Amir of further cooperation with Qatar in line with Qatar’s Vision 2030.

He also conveyed his warmest felicitations and best wishes on Qatar hosting of the upcoming FIFA-2022 World Cup. The prime minister also extended a cordial invitation to them to visit Pakistan at their earliest convenience.