In a tweet on Monday, he said conviction of prominent Kashmiri leader Yasin Malik on fake terrorism charges is futile effort to silence voices critical of India's blatant human rights abuses. He said Modi regime must be held to account. 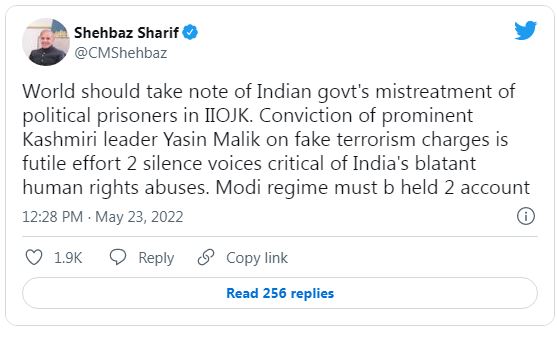