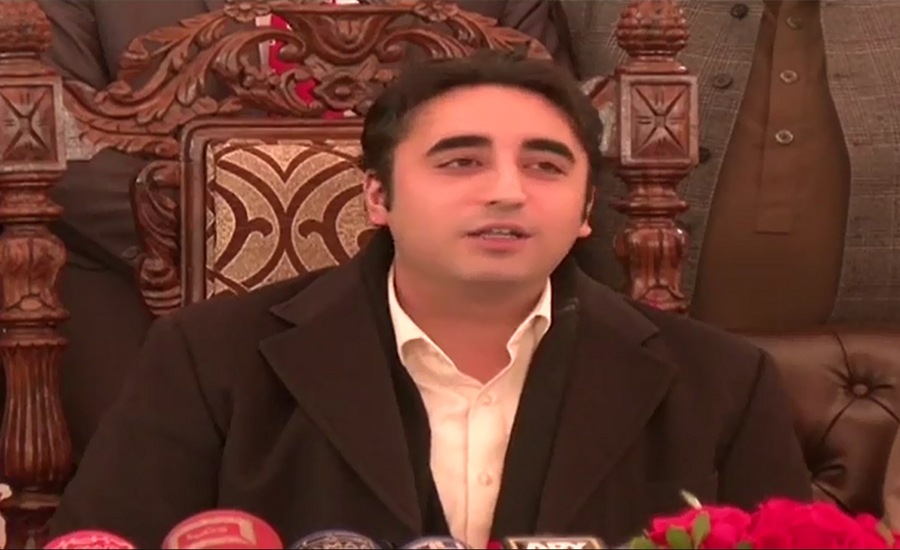 GILGIT (92 News) – PPP chairman Bilawal Bhutto Zardari has said that Prime Minister Imran Khan should represent the federation abroad, not criticize his political opponents. Addressing a press conference on Thursday, he said that it deplorable to run the foreign policy in an unprofessional manner. “The government will have to start indiscriminate accountability if it wants to end corruption,” he said. The PPP chairman said that the PTI government was formed through stolen votes. He said that the PPP will continue struggle for strengthening the democratic government and ensuring the freedom of the press. “We countered the dictators like Ziaul Haq and Pervez Musharraf and will counter this puppet government as well,” he said. Bilawal Bhutto said that the government of Imran Khan is weak and he feels himself insecure. He said that Imran Khan’s foreign tours show that he is still standing on the container. He was of the view that Gilgit-Baltistan should get lion’s share from China Pakistan Economic Corridor.