In the meeting, the two sides discussed regional and international issues besides focusing on strengthening their ties in diverse fields. Later, the two leaders led the delegation-level talks.

Earlier, Tajikistan’s President Emomali Rahmon was accorded a red-carpet welcome at the Prime Minister’s House as he arrived in the capital on a two-day visit. 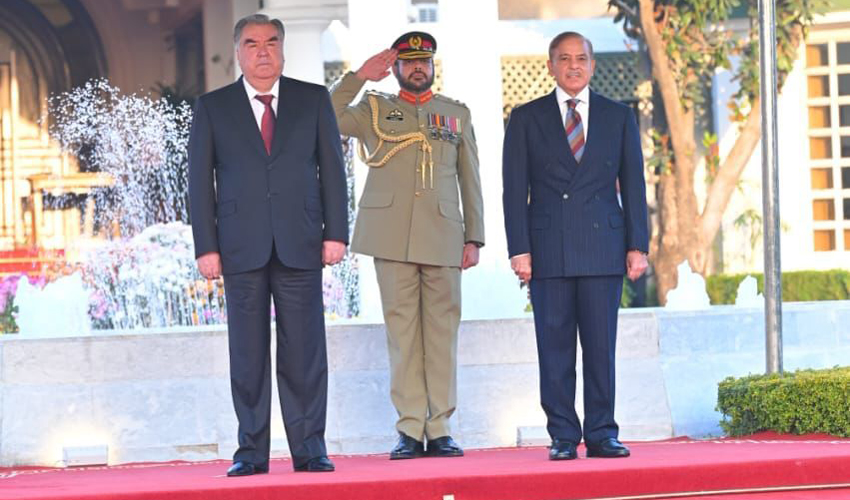 Prime Minister Shehbaz Sharif received the Tajik president on his arrival at the PM House. A contingent of armed forces presented a salute to the visiting dignitary. President Rahmon reviewed the guard of honour and presented by a contingent of the three services. 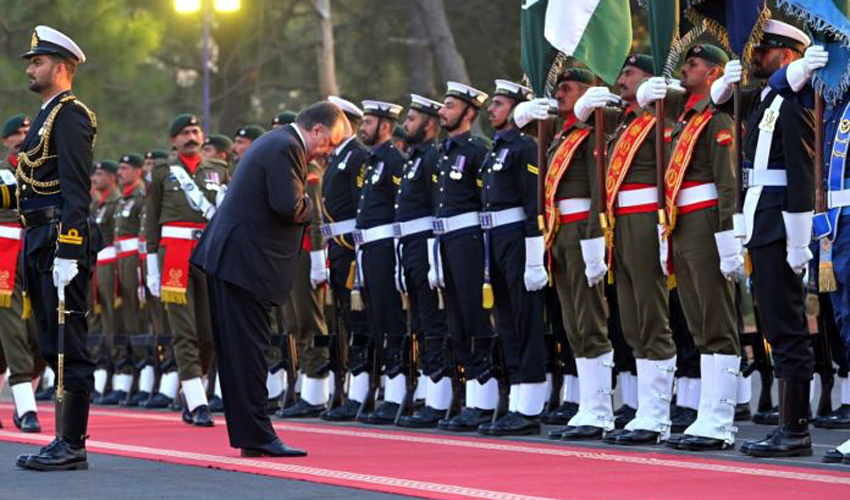 Earlier, Federal Minister for Commerce Syed Naveed Qamar received the Tajik president as he alighted from his special aircraft, here at the Islamabad International Airport.

Cannons boomed for a 21-gun salute in honour of the visiting dignitary, besides a salute presented by the static guard. Two children clad in traditional Pakistani dresses presented bouquets to President Emomali Rahmon.