PM terms Islam has nothing to do with terrorism 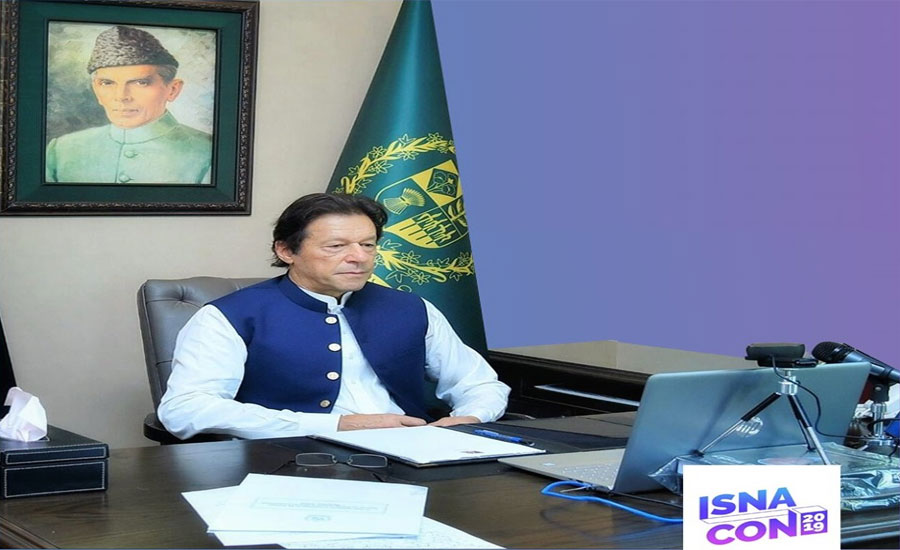 PM terms Islam has nothing to do with terrorism

ISLAMABAD (92 News) – Prime Minister (PM) Imran Khan has termed that Islam has nothing to do with terrorism. Addressing Muslim community during the 56th Convention of Islamic Society of North America (ISNA) via video link, the prime minister said, “Islam is a religion of peace and teaches to live with peace and it has nothing to do with terrorism.” “The act of one person cannot be attributed to that of whole community,” he added. Talking to the ISNA Convention, the premier highlighted the Kashmir issue and said that Indian Occupied Kashmir (IoK) is disputed territory. Explaining the latest situation in IoK, he said Kashmiris are under siege for the last 28 days.

Western will have to understand philosophy of RSS

Imran Khan said the current Indian regime is a follower of Rashtriya Swayamsevak Sangh (RSS), a hatred and supremacist ideology. He maintained that West will have to understand the philosophy of RSS in order to think clearly of this problem. “The same philosophy led to carnage of Muslims in Indian state of Gujarat earlier,” the prime minister explained. “We are talking of a country of one billion people, with nuclear weapons and extreme ideology and philosophy,” he reiterated.

PM Khan announced to raise Kashmir Issue in the United Nations General Assembly. He mentioned that lockdown and curfew imposed oin IoK from 28 days and Hurriyat leaders including thousands youth of Kashmiri people has been detained by the Indian forces. He said Muslim places of worship were also attacked in Europe.

Urges ISNA to raise awareness about situation of IoK

The premier urged ISNA to raise awareness about what was happening in occupied Kashmir. “I am afraid that this ideology is not going to stop here. I think they have let out a genie out of a bottle. It is not going to go back in, this genie of hatred, of Hindu supremacy,” he said. “It's not just Muslims who are going to be at threat. We fear in Pakistan that we are not dealing with a rational government in India,” he clarified.