ISLAMABAD (92 News) - Prime Minister Nawaz Sharif left Oslo for Russian city of Ufa on Thursday where he will represent Pakistan at Shanghai Cooperation Organization (SCO) Summit meeting. As per details, the PM was seen off by senior Norwegian officials at the Norwegian Airport. The two-day SCO summit begins at Ufa later today. Pakistan which enjoys Observer's status in SCO has been making substantive contribution to regional peace, security and development. Recently, Russia had announced support to grant it a permanent status. On the invitation of the Russian President Vladimir Putin, Nawaz Sharif will also attend the outreach meeting of the leaders of BRICS states in Ufa. BRICS is an association of five major emerging national economies - Brazil, Russia, India, China and South Africa. NAWAZ-MODI MEETING: According to Foreign Office spokesman, PM Nawaz will hold a bilateral meeting with his Indian Counterpart Narendra Modi on the sidelines of Shanghai Cooperation Organization (SCO) Summit in Ufa on Friday (July 10). The spokesperson said Pakistan has responded positively to a suggestion by India for a meeting between the two leaders. He said the proposed meeting is in the pursuit of the objective of the Prime Minister’s policy to have cordial and cooperative ties with all neighboring countries including India. “The Prime Minister will be meeting his Indian counterpart for a comprehensive exchange of views on all issues of common interest,” he said. During the two-day visit, the Prime Minister is expected to meet other world leaders including the Russian President, the Chinese President and the Afghan President. A spokesman for the Foreign Office said that the Afghan government-Taliban talks were held in good atmosphere. He said that ‘Daish’ should not be termed as Islamic State. 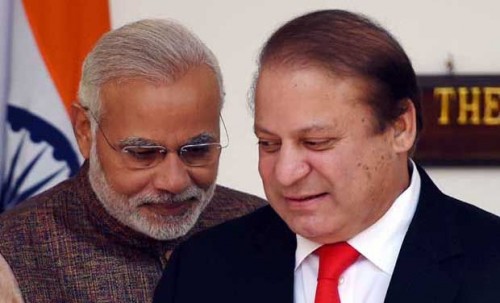