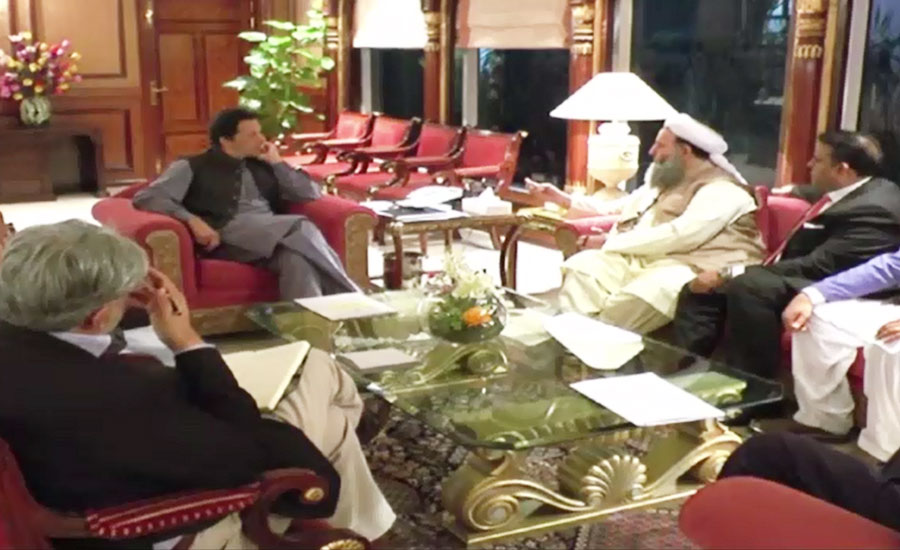 ISLAMABAD (92 News) – Federal Minister for Religious Affairs Noorul Haq Qadri called on Prime Minister Imran Khan on Tuesday. During the meeting, the prime minister decided to keep himself in touch with religious scholars and declared clerics’ proposal vital for transforming the country into a state like Madina. He said they wanted to show the world a picture of real and peaceful Islam. He announced to celebrate Eid Milad-un-Nabi (12th of Rabi ul Awwal) with religious fervour across the country. Meanwhile, Noorul Haq Qadri briefed the prime minister about the successful dialogue with the protesters and the current situation of the country. On the other hand, the minister maintained that a two-day International Khatam-e-Nabuwat conference will be held in the federal capital. He said religious scholars from across the world, including Imam-e-Kaaba, will participate in the conference.