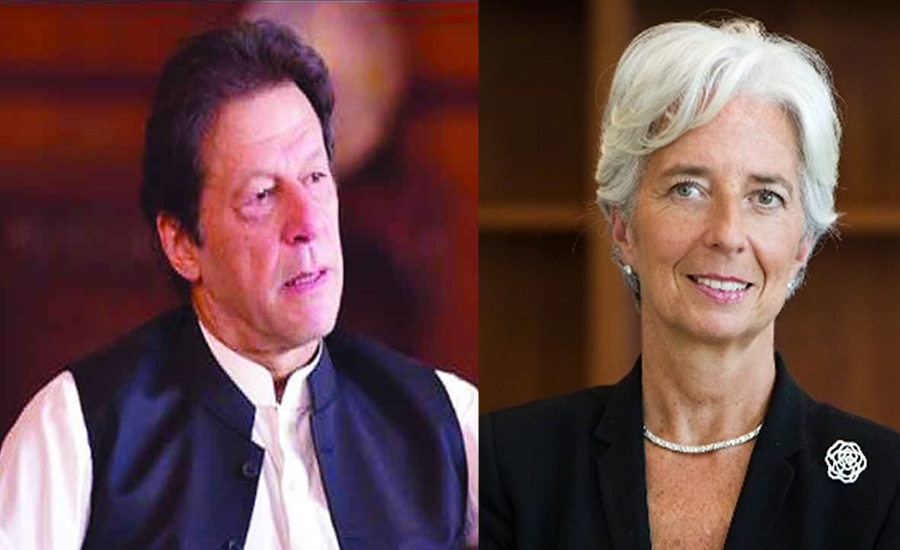 ISLAMABAD (92 News) – Minister for Information Chaudhary Fawad Hussain said on Sunday that Prime Minister Imran Khan during his visit to Dubai would meet IMF chief Christine Lagarde to discuss a bailout package for Pakistan. They will meet on the sidelines of the World Government Summit and discuss matters of the mutual interest. PM Khan will be accompanied by Finance Minister Asad Umar and Information Minister Fawad Chaudhry. In an interview with British news agency ‘Reuters’, he said, “This will give us a chance to understand the IMF views and we will be able to give our version to IMF Chief.” The information minister said that the problem isn’t with the IMF deal. “It’s with the conditions that go along with the financial aid package,” he added. He said that Pakistan wants an agreed bailout package with the world financial body, which would be the country's second IMF bailout since 2013, and it will be a last economic package from IMF. The minister said problem is not the IMF deal but the problem is the condition attached to the deal. “We want a fair deal that can actually help Pakistan in the short term, without affecting our long-term economic goals,” he said.
Earlier today, Imran Khan left for Dubai on Sunday to attend the 7th edition of the World Government Summit. He is paying the day-long visit on invitation of UAE Prime Minister, Sheikh Mohammad Bin Rashid Al-Maktoum. In his key note address at the summit, the Prime Minister will highlight his vision for a strong and prosperous Pakistan. He will encourage investment in different sectors of Pakistan’s economy. The annual gathering of heads of states and governments, policy makers and experts will provide an opportunity to discuss improvement in governance through reform, innovation and technology. PM Imran Khan will also meet the UAE leadership. Ministers of Foreign Affairs, Finance Shah Mehmood Qureshi, Maritime Affairs and Adviser to the Prime Minister on Commerce are accompanying the prime minister during the visit. The annual gathering of heads of states and government, policy makers, business leaders and experts will provide an occasion to discuss current and future opportunities to improve governance through reform, innovation and technology, stated a foreign office statement.
It is pertinent to mention here that Pakistan is in talks with the IMF for a loan package to shore up its dollar reserves so it can repay foreign debt and continue paying for essential imports such as oil, machinery and raw material that keep the economy going. However, the IMF demands, among other things, that the federal government cut its budget deficit (loss). The Centre’s deficit is more than Rs2 trillion because it spends more than it earns. Among its biggest expenditures are loan repayments and security costs. The federal government can’t do much about debt servicing and defence, so it is trying to increase revenue to reduce its losses (deficit).