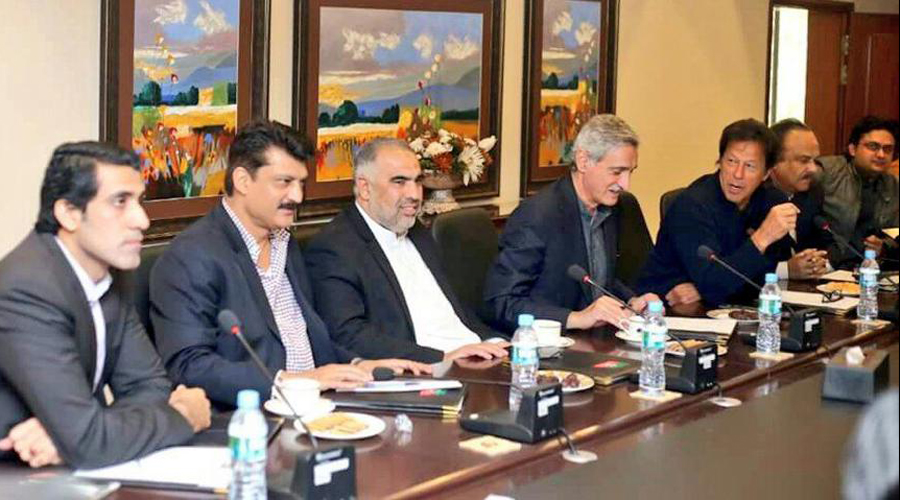 ISLAMABAD (92 News) – PTI chairman Imran Khan has said that Prime Minister Nawaz Sharif told a lie in the assembly and the Supreme Court. Talking to the media in Islamabad on Monday, he said that they request the Supreme Court to form the bench immediately. He said that the NAB chairman should quit immediately. The PTI chairman said that Nawaz Sharif will have to answer to the Panama Leaks. He also supported the proposal of Ch Nisar. Imran Khan also termed the statement of Khawaja Asif on fake news very irresponsible. Earlier, he also presided over a meeting of the PTI Core Group. The meeting discussed the Panama case, Justice Faiz Isa commission report, plea bargain of the NAB and general elections.