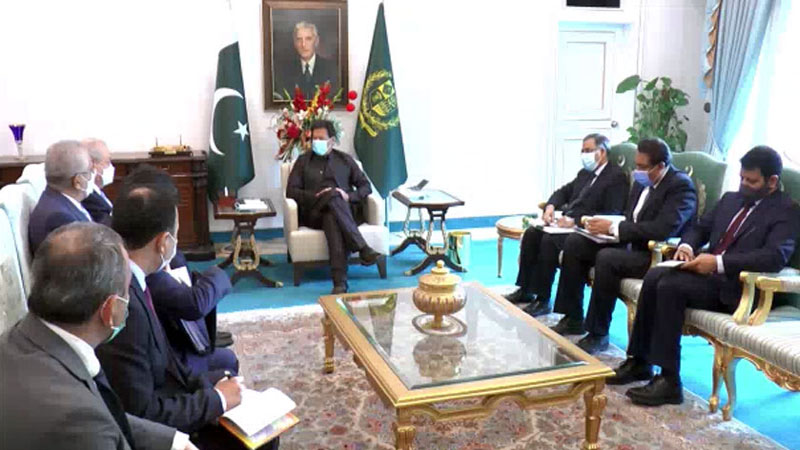 He was talking to Uzbek Foreign Minister Dr Abdulaziz Kamilov, who called on him in Islamabad today (Wednesday).

The prime minister emphasized that enhanced trade and regional connectivity between Pakistan and Uzbekistan are the cornerstones of economic growth and development.

Underlining the historic and civilizational links between the two countries, Imran Khan underlined that Pakistan highly values its close fraternal ties with Uzbekistan and wishes to deepen bilateral cooperation in all areas.

He expressed appreciation for the proposed Trans-Afghan railway project between Pakistan, Uzbekistan and Afghanistan.

He underscored Pakistan's commitment to support all efforts for the earliest realization of this important connectivity project.

The premier highlighted that Pakistan offers the shortest route to international seas to all Central Asian Republics through Karachi and Gwadar ports and could be the gateway to landlocked Central Asia.

He reaffirmed the resolve to facilitate Uzbekistan's access to Pakistani ports.

The Uzbek foreign minister handed over a letter from President Mirziyoyev addressed to Prime Minister Imran Khan, inviting him to participate in a Central Asia-South Asia Connectivity Conference in Tashkent in July 2021.

PM Khan thanked for the invitation and mentioned that he is looking forward to visiting Uzbekistan.