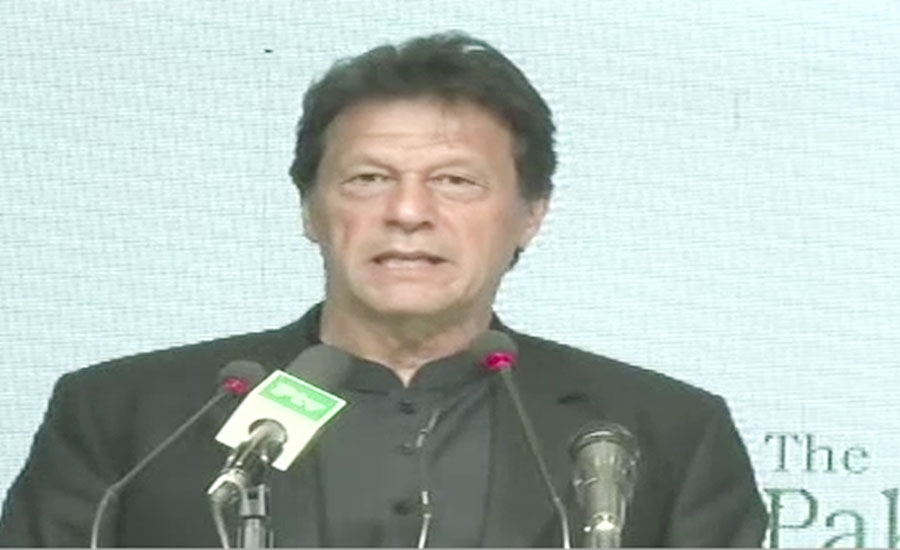 ISLAMABAD (92 News) – Prime Minister Imran Khan on Thursday vowed that the actions would be taken against money laundering with full force. Addressing Pakistan Economic Forum, the prime minister said that his vision is to make Pakistan a financially viable and economically self-reliant country, by getting rid of the dependency syndrome. The prime minister said wealth creation is necessary to take the country forward. “The ones presenting investors like criminals cannot progress,” he said, adding, “Earning money from fair sources was not a sin, but evading tax is offence.” PM Khan announced to provide peaceful environment for businessmen. He also said that the friendly culture will be introduced in the country and businessmen will be encouraged to invest their capital in various sectors. The premier asserted that they would deal with money laundering and smuggling identically, adding that they were bringing policies to curb these practices. He also said that the government will provide policies to stop money laundering and smuggling, adding these are affecting badly on the business industry. Presenting the example of China, the prime minister said East Asian country lifted 700 million people out of poverty in three decades. He said we will learn from China's experience to alleviate poverty in the country. Imran Khan said focus is being made to improve competitiveness of our products to grab major share of exports in world markets. He said incumbent government has introduced policies to facilitate export industry. PM Imran Khan said money laundering and smuggling harm the country hard and steps are being taken to discourage these practices. He said the tax policy and collection have been separated in order to create a favorable environment for businesses. The premier said Pakistan is an attractive destination for investment and in recent months many foreign firms have expressed keen interest to invest in various sectors of Pakistan. He assured the business community that he will keep in touch with it on regular basis