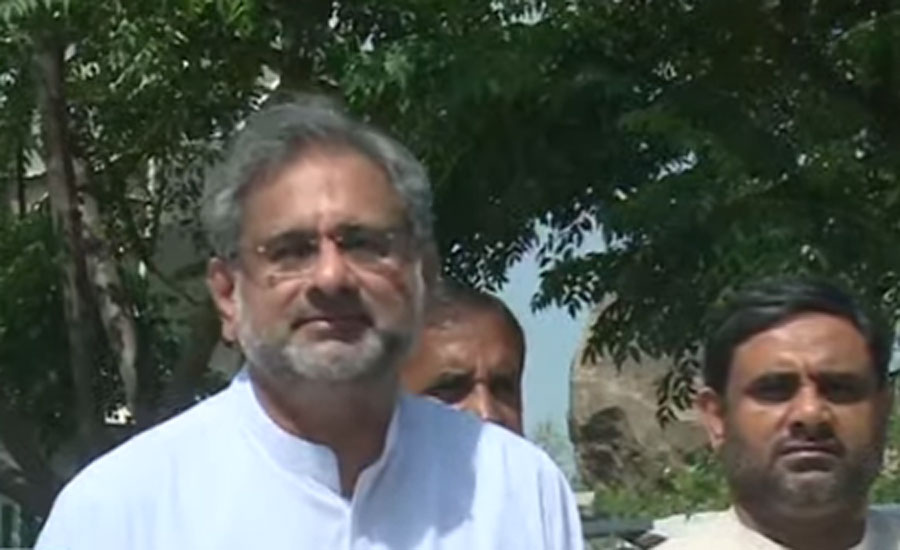 ISLAMABAD (92 News) – The PML-N has accused the government for shielding the real culprits in Rawalpindi Ring Road corruption case on Tuesday.

Speaking to the journalists, Khaqan Abbasi has alleged the government of protecting people involved in Rawalpindi Ring Road corruption case. He also claimed that everyone in Prime Minister (PM) House is busy in making money. "No corruption or money laundering charge has been proven against Shehbaz Sharif yet," he added.

"Every minister is facing corruption cases. The corruption case surfaced regarding the Ring Road, now the report will prepare again. No government affiliated official was not arrested till now in corruption case. Why the special assistant tendered resignation, however, he has no relation with the government departments," the former premier mentioned.

On the occasion, PML-N spokesperson Marriyum Aurangzeb said that the people clapped when the prime minister ordered to extend the ring road, what happened now. She said that the mafia benefitted from the Ring Road and now the ministers are doing drama through resignations.