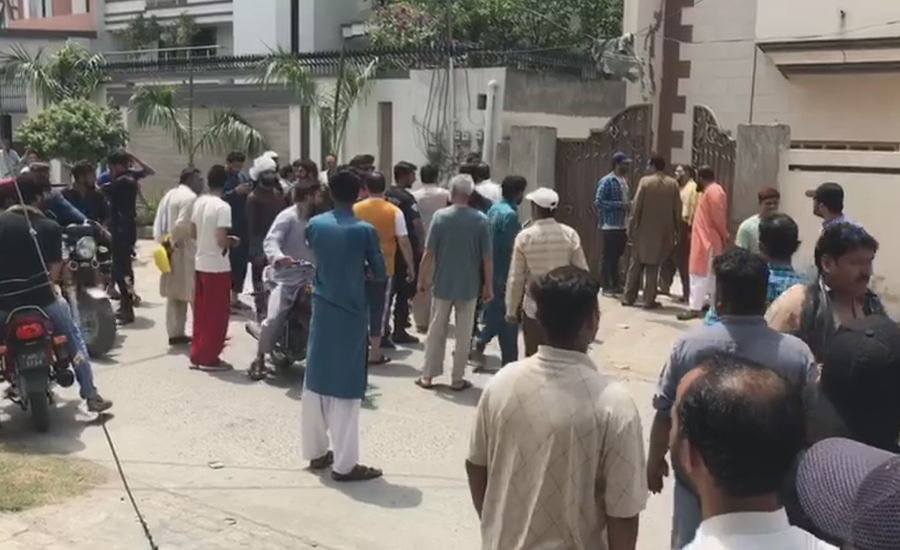 GUJRANWALA (92 News) – A scuffle broke out between the supporters of Pakistan Muslim League-Nawaz and guards of party’s MPA Ashraf Anasri outside his residence on Monday following a protest that he is quitting party after meeting Prime Minister Imran Khan. The MPA’s guards reportedly opened fire after protesters refused to leave the premises. Some protesters armed with weapons also retaliated fire with no casualties or injuries reported in the clash. Ashraf’s brother Younas Anasri alleged that PML-N MPA Taufeeq Butt was behind the attack on their residential property. Later, police intervened into the matter and took the brother of MPA Taufeeq Butt into custody. According to MPA Ashraf Ansari, he was present at home at the time of the attack. He further explained that his brother Younas Anasri had met with Prime Minister Imran Khan and not him. “It is a matter of great concern for me that my own party workers are turning against me,” he said, adding he hoped police would be able to arrest the attackers. The MPA said he had submitted an application with the local police station.