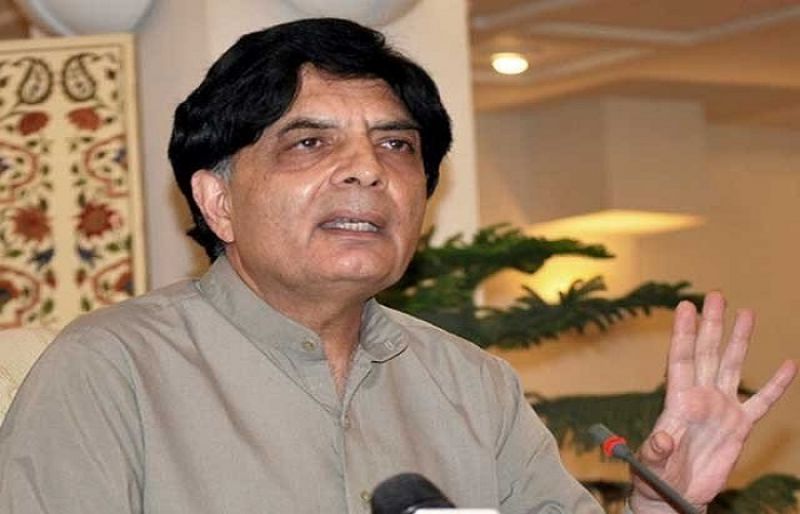 RAWALPINDI (92 News) – Disgruntled Pakistan Muslim League-N (PML-N) leader Chaudhry Nisar on Tuesday said that situation would have been different, if former prime minister Nawaz Sharif would have accepted his advice. Speaking to the journalists the first time since the July 25 general elections, he claimed that If Nawaz Sharif accepted his advice then today again Pakistan Muslim League-N (PML-N) has come into power. “I have quit the PML-N,” he mentioned. While answering to a question about “Ch sahib will you meet with Mian Saheb? the former interior minister refuse to recognize Nawaz Sharif, saying that “Who is Mian Saheb.” “I am not going so you welcome the Mian Saheb in place of me,” Ch Nisar said, replying to the question of journalist. He clarified that he has quit the PML-N, adding that today the politics is the second name of abusing. He also mentioned that he never greed for the power. The interior minister further said that he would continue his political journey, remarking he secured the provincial seat with the lead of more than 34 thousands, however; the results of National Assembly were surprising. It is pertinent to note here that long time PML-N leader Chaudhry Nisar contested July 25 polls as an independent candidate on four seats – NA-59 (Rawalpindi), NA 63 (Taxila) and Punjab Assembly’s PP-10 and PP-12 on ‘jeep’ symbol. Nisar, however, could only manage to win the PP-10 Chakri seat.