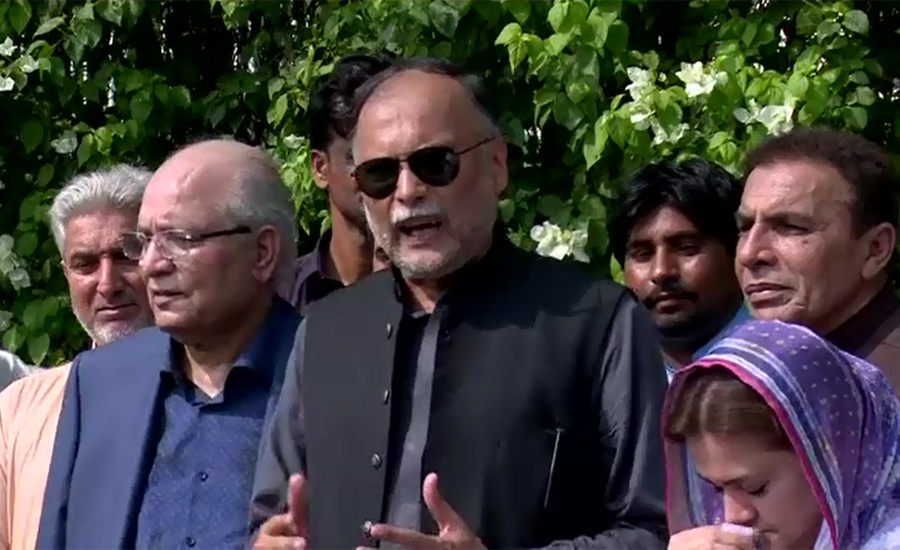 ISLAMABAD (92 News) – The Pakistan Muslim League-Nawaz (PML-N) has announced to introduce amendments over the issue of the Senate elections. Talking to the media on Friday, PML-N leader Ahsan Iqbal said that democratic values and sanctity of the constitution were insulted on August 1. “It is the reality that 14 people played the role of Mir Sadiq. Shehbaz Sharif has formed a party committee to probe into the matter,” he said. The PML-N leader said that those committed horse-trading are the enemies of the constitution. “It is bad luck that the PTI has become the PML-Q. It has destroyed the economy. They will increase the prices of gas and electricity in the coming days,” he added. Ahsan Iqbal said that August 1 was the darkest day in the history. “The question is who turned 64 votes into 50.” PML-N Senator Mushahidullah Khan said that a market is arranged by carrying a brief case. “It will be disclosed whether money or pressure worked in the no-confidence motion. However, it has damaged democracy,” he said. He said that the world witnessed the opposition had 64 senators, while the government had 32 senators. “The Upper House has been tarnished in the leadership of Imran Niazi,” he said. Mushahidullah Khan alleged that foreign agencies are colluding with the prime minister. Earlier, PML-N leader Ahsan Iqbal said that yesterday’s protest had expressed fully no-confidence in the government. Addressing a press conference on Friday, he said that about one million have lost their jobs and 400,000 people went below the poverty line during the one year of the government. He said that inflation has increased and the investor had disappeared from the market. “The people serving the country are being arrested. Whether it is the National Accountability Bureau or Niazi Accountability Bureau?” he questioned. The PML-N leader said that when the selected PM sees a problem he orders to remove the AC from the room of Nawaz Sharif. He said that filth is spreading in Lahore and the people are not getting medicines from hospitals. “The people raising the slogan of South Punjab had fooled the people of the area. The government is not willing to create South Punjab,” he added. Ahsan Iqbal said that Prime Minister Imran Khan and Chief Minister Usman Buzdar will be held responsible if something happened to the health of Nawaz Sharif. “We condemn the revengeful activity against Rana Sanaullah,” he said. He said that the media is being censored and political independence is being usurped. “We will counter all things and cannot leave the world by passing on a controlled state to the next generations,” the PML-N leader.