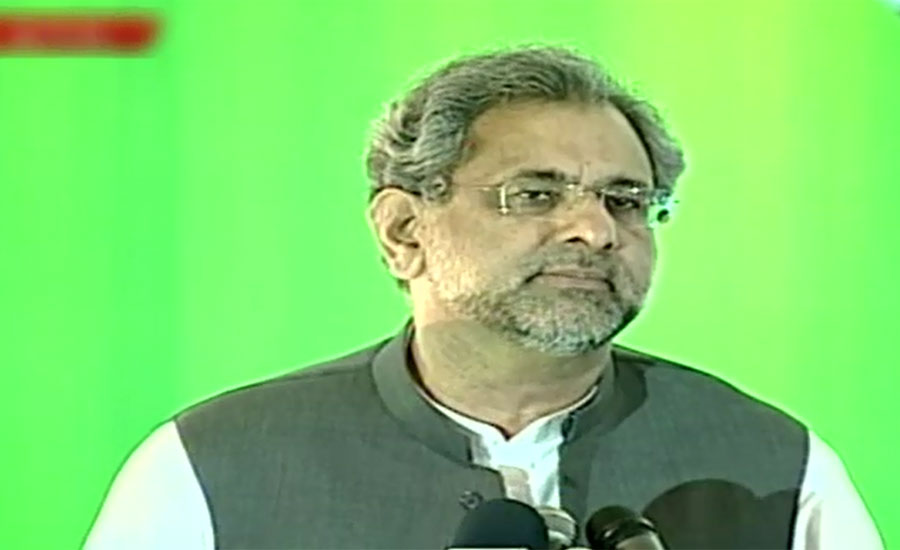 SHUJABAD (92 News) – Prime Minister Shahid Khaqan Abbasi has said that politics is only decided at the polling stations. Addressing the inauguration ceremony of Motorway on Saturday, he said that they were shown the fingers of the umpire, but the PML-N continued doing the work. “Those terming us failure should compare their work with us,” he challenged. The prime minister said that new provinces will be formed with consensus. “Those chanting the slogan of South Punjab are deceiving the masses,” he said. He said that the Pakistan Muslim League-N had completed all development projects despite tough times. He further said that the PML-N had done in the last five years what was not done in in the last 65 years. “We cannot expect good from Pakistan Tehreek-e-Insaf chief Imran Khan,” the prime minister said.