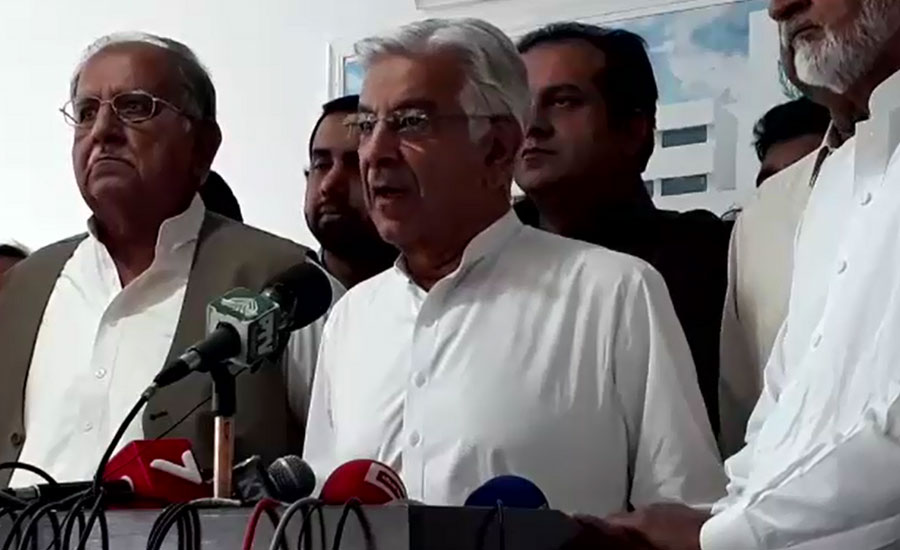 ISLAMABAD (92 News) – Pakistan Muslim League-N (PML-N) on Thursday demanded the resignation of National Assembly (NA) Speaker Asad Qaiser. PML-N leaders Shahid Khaqan Abbasi, Khawaja Asif were estranged over Khawaja Asif was not being allowed by the NA speaker to speak on the floor of the House during the session earlier today. The NA speaker had instead permitted Pakistan Tehreek-e-Insaf’s Murad The decision of the NA speaker prompted a protest by opposition members, who surrounded the speaker’s dais. 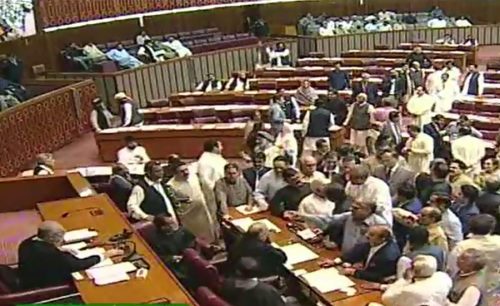 Speaking to the journalists following to the session, Khaqan Abbasi said Speaker Qaiser had lost the trust of the members due to his behaviour. “We are not begging, we are asking for our right,” he said. “The speaker interrupted Bilawal Bhutto thrice, omitted his words.” Abbasi questioned who had given the speaker the right to not let Asif speak, adding, “It is my request to the speaker to step down, given the pressure on him.” On the other hand, Khawaja Asif said they would not let the assembly function if they were not allowed to express their views on rising inflation. “We announce rebellion against this slavery and the government,” he said.

Responding to the speech of Pakistan Peoples’ Party (PPP) Chairman Bilawal Bhutto Zardari, Minister for Communications Murad Saeed Bilawal said that money was transferred to model Ayyan Ali and Bilawal from same account. Addressing to the session of National Assembly, the minister said that children were dying in drought-hit Thar due to malnutrition and loan increased from Rs6,000bn to 30,000 bn on Sindh government.

Murad Saeed termed opposition members in National Assembly as servants and Bilawal was accidental chairman of the PPP.

PPP chairman is shrieking for NRO

In his emotional speech in National Assembly Murad asserted that PM Imran had repeatedly said that government will not grant NRO to anyone. He said Bilawal is shrieking for the National Reconciliation Ordinance (NRO) but he will get nothing. During his speech, opposition held strong protest over the remarks of Murad Saeed and gathered around the speaker’s dice. Saeed said that whenever they talked about the performance of Sindh government, opposition started hue and cry. “We would not allow to talk them too if they will not listen to answers adding that opposition have no courage to listen to the answers,” Murad Saeed said. He mentioned that the protestors were servants how can they take care of poor.