ISLAMABAD (92 News) – Former foreign minister Khawaja Asif said on Monday that the Pakistan Muslim League-N’s (PML-N) lawmakers were forced to walk out of the joint parliamentary session as depriving from right. Speaking to the journalists after walking out from National Assembly, the PML-N senior leader said that the MNAs were forced to walk out because they were not allowed to present their stance (point of order). Khawaja Asif demanded to constitute the parliamentary commission to probe the rigging allegations in the General Elections 2018. He also said that the opposition leaders were not allowed to talk. 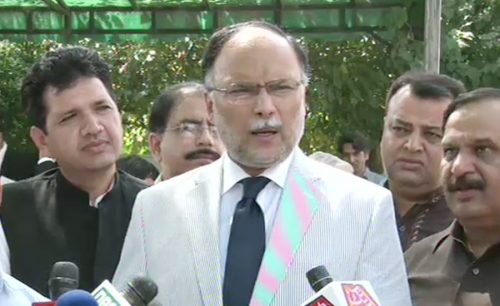 On the other hand, PML-N’s leader Ahsan Iqbal spoke against the dam, saying that the dame never construct on donations from the public. He also said that PML-N-led government released 122 billion rupees for Diamer Basha-dam. He said that the opposition was giving relief the incumbent government for 100-days because they will have no excuse for their failure.