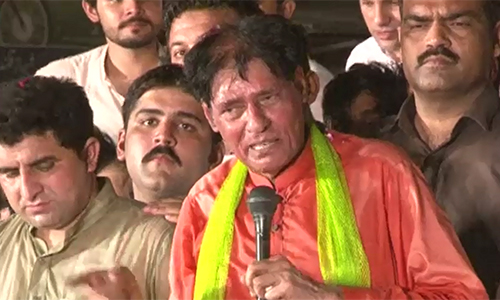 FAISALABAD (92 News) – PML-N former MNA Ch Sher Ali, father of State Minister for Water and Power Abid Sher Ali, has accused Rana Sanaullah of committing over 20 target-killings. Talking to the media on Saturday, he alleged that Rana Sanaullah wanted to get him, his son and other MPs murdered. He said that Chief Minister Shahbaz Sharif had a given a free-hand to Rana Sanaullah. In response to the statement, Rana Sanaullah termed Ch Sher Ali a psycho.